Moldovan (moldovenește) is a variety of Romanian spoken in northeastern Romania, the Repblic of Moldova and small areas of Ukraine (Chernivtsi and Odessa Oblast).

In Moldova, the term Moldovan (or Moldavian in Sovjet times) can also be used as synonymous with Romanian language. There is no particular linguistic break at the Prut River, the border between Romania and Moldova, the two countries share the same literary standard. In Moldova, until 1918, varieties of the Romanian Cyrillic alphabet were used. Today, the standard alphabet is equivalent to the Romanian alphabet, based on the Latin alphabet.

At this point, during 2021 there will be published: (a) a selection of field recordings by Răzvan Roșu on musical instruments in rural Moldovan music (b) interviews concerning the use Moldovan in South Bessarabia by Ioana Aminian and Thede Kahl. 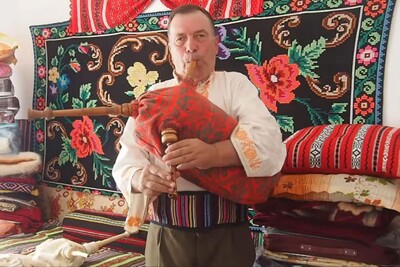