Transylvania is situated in the central and north-western part of today’s Romania. Even if one can find a great variety of minorities, the majority of the inhabitants are Romanians. The Romanian language is an Eastern Romance language which descends from the Vulgar Latin spoken in the Roman provinces of south-eastern Europe with a considerable Slavic superstratum. Romanian is spoken by 24-26 million people as a native language, mostly in Romania as well as Moldova where it also has official status. In the last decades of the 20th century, numerous Romanian speakers not only spread across many countries of the European Union but also North and South America, as well as Oceania.The most important feature of the Transylvanian patois is the palatalization of n, d, t, and the usage of ε and ɔ, but there are also notable exceptions in areas such as Țara Oașului, Țara Moților, Țara Făgărașului, Țara Hațegului, etc. where these features are either partially or totally inexistent. Until the beginning of the 20th century, the patois from Transylvania kept archaic features similar to the Romanian idiom from other regions such as Moldova or Wallachia. Such a situation was caused because, until the Austro-Hungarian period (but also after that), the majority of the Transylvanian Romanians were peasants and illiterate.

In most of the Transylvanian areas the standard Romanian was introduced only in the interwar period and during the communist regime within the educational system. There are different Romanian subdialects spoken in Transylvania: Crișean, Maramureșean, Muntean; all of which are considered Transylvanian patois.

The most common is the Crișean subdialect spoken in almost all the Transylvanian counties such as Satu Mare, Bihor, Sălaj, Arad, Mureș, Bistrița-Năsăud, Maramureș, Hunedoara, Covasna, and Harghita. The Maramureșean subdialect is common only in the ethnographic area of Maramureș and the Muntean, subdialect can be only found in the southern part of Transylvania as a continuum from the province of Wallachia, in counties such as Sibiu, Brașov, Alba, Hunedoara. Some scholars tend to use the general term ‘Transylvanian subdialect’ for all of these, referring mostly to the historical region of Transylvania and Partium. The largely so-called Transylvanian subdialect is spoken not only in Romania but also in villages and towns from Hungary, mostly in the town Gyula and neighboring villages Mékerék (Rom. Micherechi), Kétegyháza (Rom. Chitighaz), Elek (Rom. Aletea), etc., and in Ukraine, in the town Солотвино (Rom. Slatina) and the villages Біла Церква (Rom. Biserica Albă), Середнє Водяне (Rom. Apşa de Mijloc). There is also a considerable number of speakers in European countries as Italy, Spain, United Kingdom, France, Germany, and Austria, as a result of post-1990 emigration. 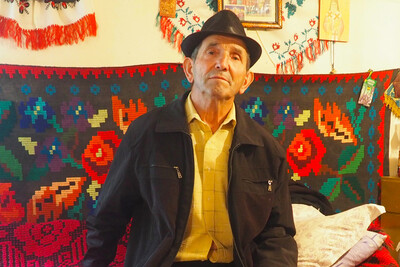 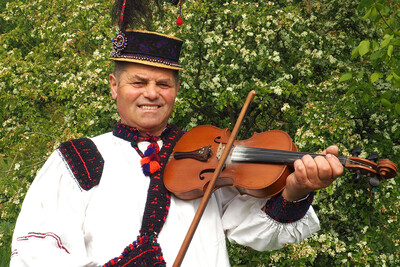