Climate change is melting Austria’s glaciers. But not all of them are melting at the same speed. For some, warming has tipped the balance, with the effect that they are losing more ice in summer than they are gaining in winter. These glaciers are melting particularly quickly. This imbalance has increased for almost all glaciers in Vorarlberg and the Tyrol in recent decades, as researchers at the Austrian Academy of Sciences have now discovered.

There is a dripping, cracking, and banging in the Alps. Global warming is melting the glacial ice. While some glaciers have already disappeared, others have significantly decreased in surface area and volume – but every glacier shrinks in different ways. Now glaciologists at the Institute of Interdisciplinary Mountain Research of the Austrian Academy of Sciences (OeAW) have assessed how this melt has changed over time in the case of the glaciers in Vorarlberg and the Tyrol. The results have been published in the British Journal of Glaciology.

“Glacial retreat is an overall large-scale trend, but individual glaciers sometimes clearly differ in terms of how and how fast they are melting,” says OeAW glaciologist Lea Hartl. Together with her colleagues, she has surveyed the glaciers of three mountain ranges in Vorarlberg and the Tyrol. Using elevation models for all the glaciers in the Ötztal Alps, the Stubai Alps, and the Austrian section of the Silvretta range, the scientists have produced so-called distribution curves for changes in elevation, indicating whether a glacier is losing ice evenly over its entire surface, whether the losses are highly irregular, or whether there are areas with positive changes, that is, increases. The curves were produced for each glacier, for three periods: from 1969 to 1997; from 1997 to 2006; and from 2006 to 2017/18.

In so doing, the OeAW researchers used an algorithm that draws on self-organising maps, a type of machine learning, as a statistical clustering method in order to assign every distribution curve – and hence each glacier in each period – to a group with similar curves. Hartl explains, “Using our method and grouping according to patterns in changes in elevation, we are trying to bridge the gap between regional studies, which place less emphasis on the peculiarities of individual glaciers, and case studies, which precisely examine a given glacier but aren’t good at seeing the regional trend.”

The result? “Retreat has not just increased, but the distribution over the glaciers’ surface has also changed: in the first period, the losses were often distributed more evenly over the glaciers’ surfaces, since the downslope flow of the ice could at least partially offset the melting. This is happening less and less. Some glacier tongues are collapsing outright while the losses higher up are less pronounced by comparison,” says Hartl, the study’s lead author.

This indicates that ice flow is in decline in many glaciers, playing a subordinate role for changes in elevation. For instance, an increasing number of glacial tributaries are losing their connection to the main tongue, and the glacier toe and other undermined areas are collapsing. Hence many glaciers are in a state of imbalance. However, the greater a glacier’s disequilibrium, the more it melts.

A glacier in a state of equilibrium, on the other hand, loses as much mass in summer as it gains in winter. The study’s findings show that a large number of the glaciers studied in Austria are far from equilibrium. “Only a few very small glaciers that can hardly be recognised as such have moved towards a slightly more balanced state from a state of great disequilibrium. But these are exceptions due to favourable local events, such as snow deposited by avalanches,” explains Hartl, clarifying: “These glaciers too are still losing mass, just not as quickly.”

The results form part of the overall global picture of rapid glacial transformation the world over that was also recently outlined in the report by the Intergovernmental Panel on Climate Change. “Even if warming is stopped soon, the glaciers will continue to melt for some time. They are always slightly behind the climate and show a delayed response to climate changes, so a new equilibrium can only come about slowly, if at all,” says Hartl. 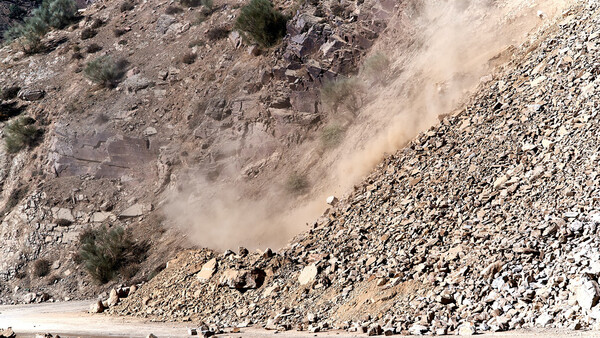