While Western European population continues to grow, many countries of Eastern and South-eastern Europe are shrinking at an alarming rate. These divides in population trends between major European regions have widened in the past two decades, according to the European Demographic Data Sheet 2018. The report, prepared by scientists from the Vienna Institute for Demography of the Austrian Academy of Sciences (ÖAW) and the Wittgenstein Centre (ÖAW, IIASA, WU), reveals that population growth between 1990 and 2017 ranged from 36 percent in Ireland to a decline of 22 percent in Bosnia-Herzegovina. 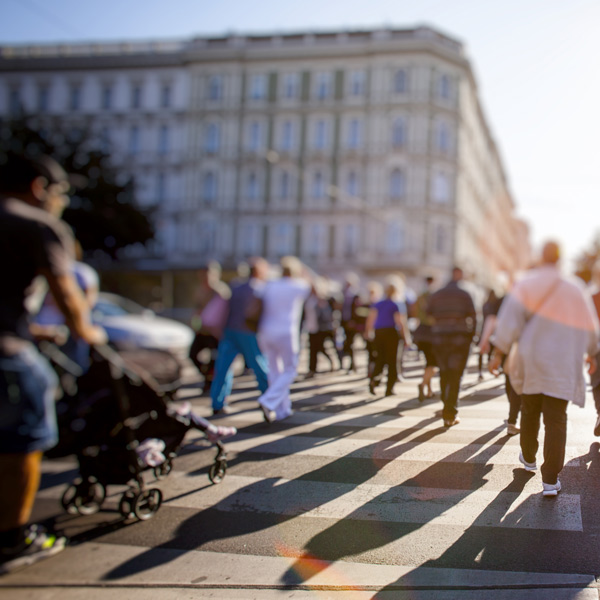 The differences in population growth are mainly due to two factors: natural population increase resulting from the balance of births and deaths, and international migration. Low fertility rates in combination with large-scale outmigration drive the population decline in most countries of Eastern and South-eastern Europe. Since 1990, population losses of Bulgaria, Latvia, Lithuania, Moldova, Bosnia-Herzegovina and Kosovo have surpassed 20 percent. In contrast, continuing population growth in Western, Southern and Northern Europe was mostly due to immigration. This increase was particularly strong in Ireland, Switzerland, Norway and Spain, where the population has grown by more than one-fifth compared to 1990.

‘Migration movements have now become the driving force behind the growth and decline of Europe's population,’ concludes VID demographer Tomáš Sobotka. While fertility rates in Eastern Europe have now reached similar levels as in Western European countries, the migration of people has divided the continent into two parts—and thus also determines the divide in population trends between these two parts of the continent.

Caution is needed when drawing conclusions about long-term population trends and their social and economic consequences for the future. The total population of the European Union in its current boundaries has surpassed the 500 million milestone in 2008 and is expected to expand more in the coming decades. In contrast, future trends in the working population, which is currently around 246 million people, are more uncertain. According to the researchers’ calculations this figure might shrink by up to 32 million in the next few decades.  However, such labour force contraction is not inevitable: assuming that labour force participation of women and men across EU countries rises to the level currently seen in Sweden, the EU labour force size will not change much in the next 40 years. Finally, a major demographic trend in both the East and the West persists, as Sobotka points out: ‘Thanks to improvements in life expectancy, the European population will continue to age across the entire continent.’