Anton Zeilinger received the Nobel Prize for physics in Stockholm.

The Nobel Prizes for the year 2022 were awarded on Saturday afternoon at the Stockholm Concert Hall. The ceremony took place in front of a live audience again after a two-year break due to corona, which is why the award winners from 2020 and 2021 were also there to receive their well-deserved applause. The certificates and medals for 2022 were presented live on stage by the King of Sweden. Anton Zeilinger, the former President of the OeAW, also received his award as part of the harmonious ceremony, which was accompanied by music from the excellent Royal Stockholm Philharmonic Orchestra lead by the Austrian conductor Manfred Honeck and the German soprano Diana Damrau.

Around 1,500 guests, including representatives of the Swedish royal family and high-ranking politicians, gathered at the Stockholm Concert Hall on Saturday afternoon to celebrate the 2022 Nobel Prizes live. In addition to King Carl Gustav, who personally presented the certificates and medals, Queen Silvia and Crown Princess Victoria were also present. The royal family found themselves in illustrious company: in addition to this year’s winners, many prize winners from 2020 and 2021 were also on stage.

After a few introductory words by the Nobel Prize Committee, the prizewinners from previous years were honored again. The orchestra then played a composition specially commissioned for the award. Before the Nobel Prizes in Physics were awarded for the year 2022, there was a brief historical outline of the development of quantum mechanics, from Einstein and Bohr to Schrödinger and Bell to applications in modern mobile phones. The focus was on the phenomenon of entanglement, which Einstein had called a spook.

After that, Alain Aspect, John Clauser and Anton Zeilinger collected their prizes. With their experiments, all three made a significant contribution to invalidating possible alternative explanations for quantum entanglement and making the phenomenon usable in the laboratory. In doing so, they laid the foundation for quantum information theory and paved the way for the first quantum computers. The audience acknowledged these achievements with enthusiastic applause before another musical performance concluded the physics awards ceremony.

King Carl Gustav then presented the Nobel Prizes in Chemistry to Carolyn Bertozzi, Morten Meldal and Barry Sharpless for their contributions to the discovery of “click chemistry”, which enables the synthesis of complex molecules in a modular format. With this award, Sharpless has joined the select group of scientists who have won the Nobel Prize twice: he already won in the “Chemistry” category in 2001.

Of humans and Neanderthals

The Swedish molecular biologist Svante Pääbo received the Nobel Prize in Medicine or Physiology for his pioneering work on the genetic ancestry of humans and their extinct relatives. The French writer Annie Ernaux was subsequently awarded the Nobel Prize in Literature. The Nobel Peace Prizes had already been awarded in Oslo a few hours before the ceremony in Stockholm.

At the end of the event, the Sveriges Riksbank Prize in Economic Sciences in Memory of Alfred Nobel was awarded to Ben Bernanke, Douglas Diamond and Philip Dybvig for their work on the role of banks in financial crises. 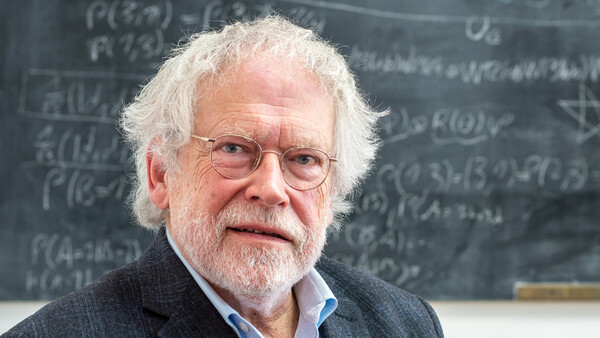 Anton Zeilinger: The road to the nobel prize