The research agendas of the Austrian Centre for Digital Humanities and the Institute for Modern and Contemporary Historical Research are being expanded and more clearly shaped. The redesign of the two institutes – also in terms of their names – is an expression of a further strengthening of research in the humanities and cultural studies at the OeAW. 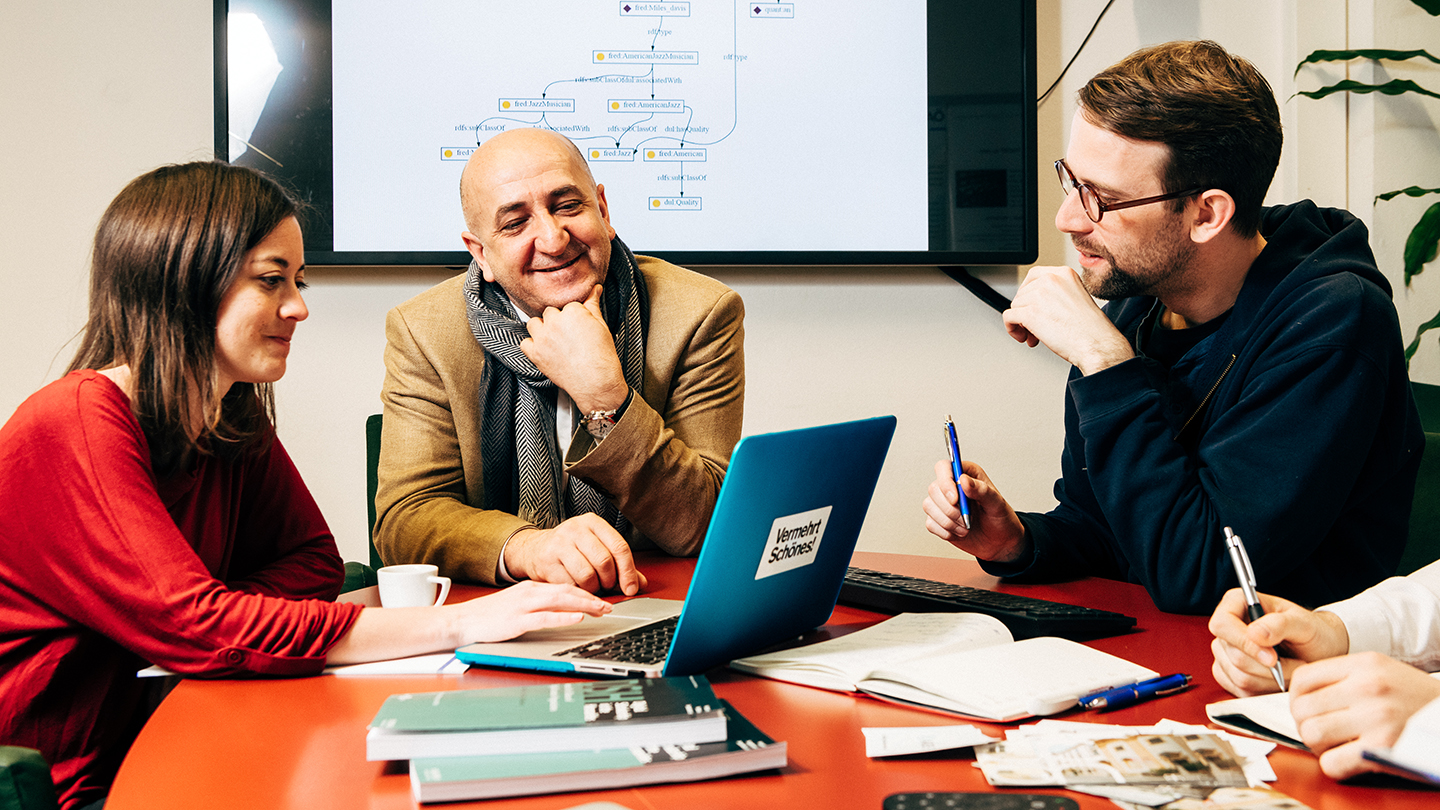 The preservation, indexing and interpretation of cultural heritage are an integral part of the work of scientific academies. Humanities research in all its facets has a long tradition at the Austrian Academy of Sciences (OeAW). For example, the publication of Austrian historical sources has been one of its central tasks since the foundation of the academy in 1847. Today, eleven internationally networked and recognized institutes of the OeAW conduct research on central humanities and cultural studies issues.

Two of these OeAW institutes are now expanding their research agendas: the Institute for Modern and Contemporary Historical Research is adding art history to its expertise in researching the Habsburg monarchy, and the Austrian Centre for Digital Humanities is expanding its portfolio to include long-term projects that document cultural heritage.

Digitalization, which pervades all areas of everyday life, has long since arrived in the humanities. Research in this area continues to involve finding historical sources or uncovering unique evidence of past cultures, but at the same time the sources and data are increasingly being processed and analyzed using digital methods and tools. The data, along with the research results, can then be made digitally accessible. The paradigm of the “digital humanities” opens up new research approaches and perspectives on our cultural heritage.

The academy recognized the enormous drive and high innovation potential of digitalization in the humanities early on and created the Austrian Centre for Digital Humanities of the OeAW in 2015. Now the next stage of expansion is taking place.

With the integration of the musicology department of the Institute for History of Art and Musicology, the Austrian Biographical Lexicon and the "Austrian Corpora and Editions" – together with the "Dictionary of Bavarian dialects in Austria", which was established at the institute in 2016 – significant long-term projects that already use digital tools have now been united under one roof. "This creates new synergies and new networks and opens previously untrodden paths in the scientific processing of the rich cultural memory", says Institute Director Alexandra N. Lenz.

This expansion of content is also reflected in the new name of the OeAW Institute: Austrian Centre for Digital Humanities and Cultural Heritage – ACDH-CH for short.

Habsburg monarchy and the Balkans in focus

The pooling of expertise and experience, as well as a focus on new research topics, is also reflected by the renaming of the Institute for Modern and Contemporary Historical Research: it will become the Institute for Habsburg and Balkan Studies – IHB for short.

The inclusion of the art history department from the Institute for History of Art and Musicology creates an internationally unique institution, as institute director Katrin Keller emphasizes. Since 2017, the institute, which arose from the merger of several OeAW commissions in 2013, has increasingly focused its research agenda on the early modern era, while contemporary history projects have been completed in recent years.

Current research therefore includes the history of the Habsburg countries since the 16th century, including digital research and publishing projects. There are numerous links and questions related to the history of art. Balkan research, with its focus on the closely linked development of the neighbouring regions in Eastern and South-Eastern Europe, is also an important pillar of the newly established institute.

"With the sharpened profile and the addition of art history, the development process of the last few years is now being brought to a conclusion. The institute has therefore transformed from a purely historical one to a multidisciplinary one with the fields of history, art history, European ethnology and historical linguistics", explains Keller.