A joint book project by historians from the Academies of both countries takes a new look at Austro-Slovenian history. 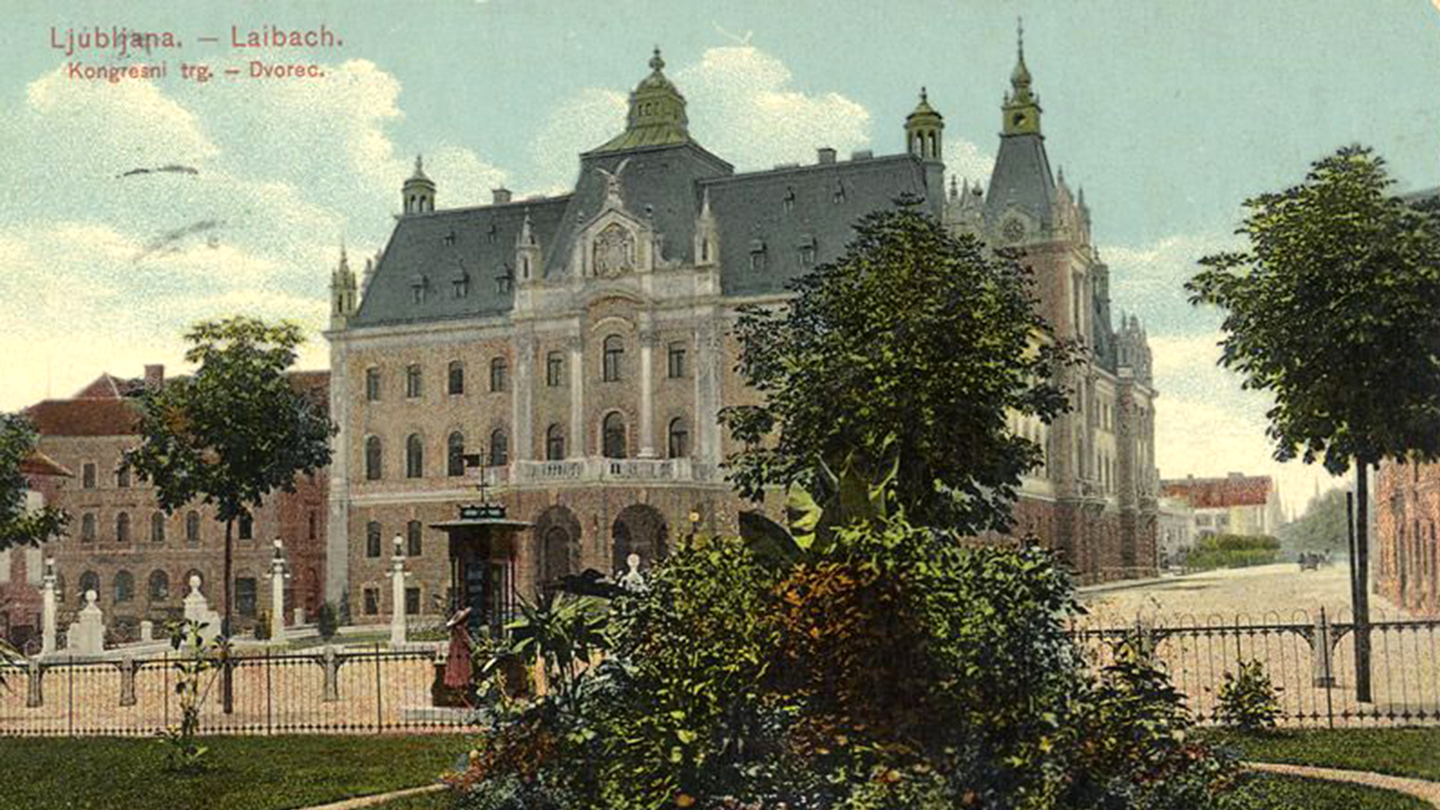 The country house in Ljubljana, seat of the Carniolan Parliament until 1918, is now a building of the University of Ljubljana.

History is often written as a nationally limited narrative, which can obscure the view of the bigger picture. But how can historical narratives from a national perspective be merged into a common picture of several countries? From which intersections could a connecting narrative emerge? And where are the history books that explore the history of two neighboring countries from a mutual perspective?

In fact, in many places, such books have not yet been written. Thus, a new book project is now being devoted to Austro-Slovenian history. A joint history book, created over the next four years, will deal with the relationship between the two neighboring countries from the Middle Ages to the present day, with a particular focus on the 20th century. Historians from the Austrian Academy of Sciences (OeAW), including Oliver Jens Schmitt, Christina Lutter and Arnold Suppan, met with colleagues from the Slovenian Academy of Sciences and Arts (SAZU), President Peter Štih, Andrej Rahten and Peter Vodopivec, in Ljubljana/Laibach at the beginning of October for a first working session.

"The story we want to write is the story of people who are perhaps most likely to differ through language and who led lives within the framework of two national communities only in the modern era," write the scientists in their introduction to the book project. "For centuries they shared the same space in which they not only lived next to each other, but also to some extent with one another; since 1918 in two separate states, but still in close proximity."

The history of the relationship between Austria and Slovenia has been shaped by numerous changes over many centuries. From the late Middle Ages and until 1918, the territory of both states was part of the Habsburg Monarchy, the western part of which was called "Austria" from 1915 onwards. While Austria has existed with its current borders since 1918, Slovenia has existed as a sovereign state since 1991.

THE PERSPECTIVES OF BOTH COUNTRIES UNITED

The book project should not be about a comparison of two different national histories, but rather a historiography of a closely intertwined space. The special thing about it: each chapter is drawn up bilaterally and published in German and Slovenian. It is therefore written jointly by at least one Austrian and one Slovenian historian. For both academies, it was clear that a joint history book should not only be written from multiple perspectives, but that consensus should be reached on the entire content.

The main chapters are devoted to the period from the Middle Ages to the modern age, including absolutism and the Enlightenment, the collapse of the joint monarchy, the Kingdom of Yugoslavia, and the First Austrian Republic, as well as the time under Nazi rule. The history of Slovenia and Austria during the Cold War, the independence of Slovenia and the common experiences in the European Union are jointly described.

There is already an example of a promising path in jointly reappraising the history of two neighboring countries: under the title "Nachbarn. Ein österreich-tschechisches Geschichtsbuch" (Neighbors. An Austro-Czech History Book), an anthology published in 2019 examined the relationship between the two neighboring countries in 12 articles by Austrian and Czech historians. It was the result of a collaboration between the OeAW and the Czech Academy of Sciences.