Patients with rare diseases often wait years before doctors find out what’s wrong. The young OeAW researcher Julia Pazmandi wants to change this. She works in an interdisciplinary group on a virtual reality (VR) platform that completely redefines patient data and gives doctors a clearer perspective and additional decision support. 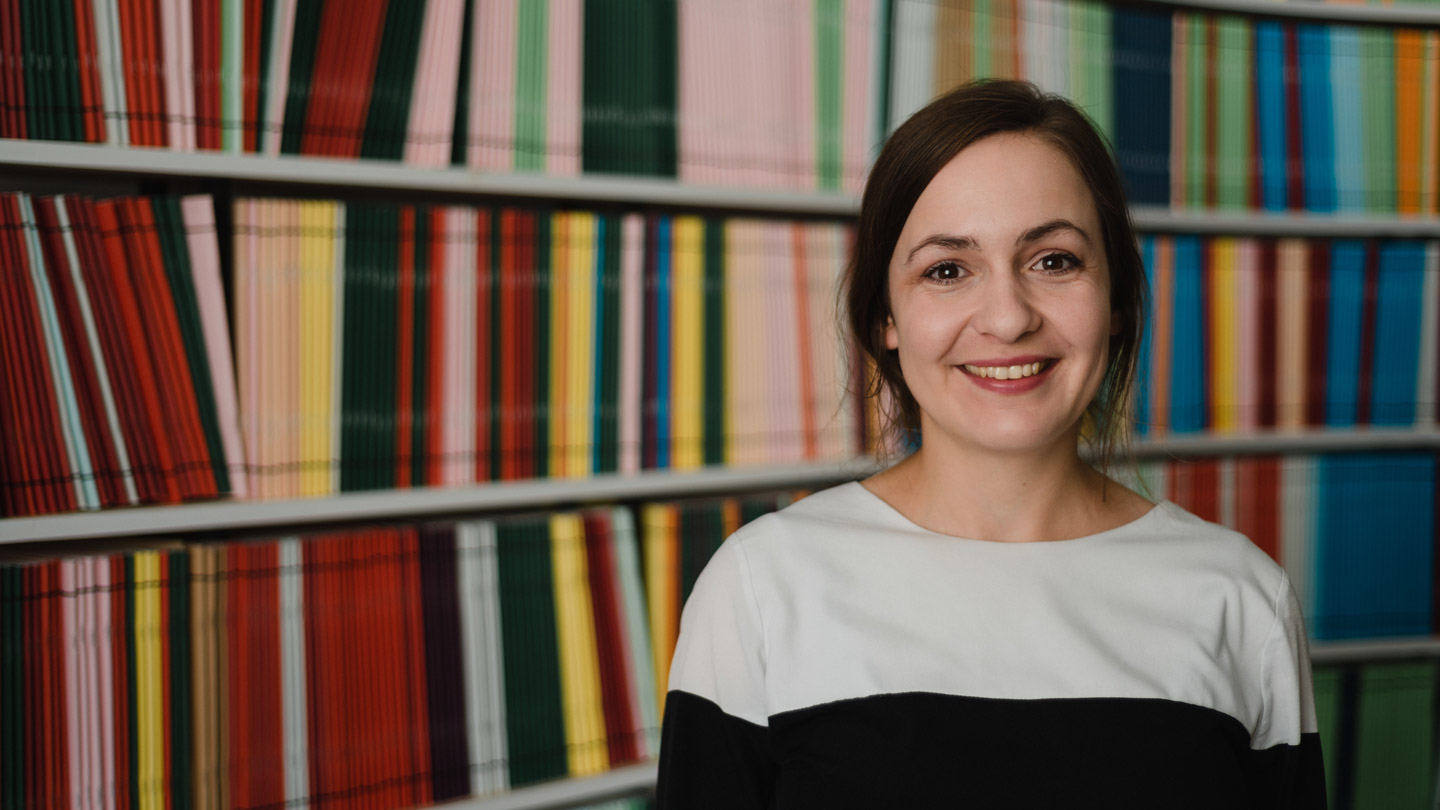 "It looks like a beautiful starry sky: 15,000 bright points, different distances apart and interconnected", says Julia Pazmandi, PhD student at the CeMM Research Center for Molecular Medicine of the Austrian Academy of Sciences (OeAW) and the Ludwig Boltzmann Institute for Rare and Undiagnosed Diseases. She is describing the world that you enter when you put on the VR glasses and headphones in a special lab and pick up two joysticks.

In fact, the shimmering network is not a constellation but represents proteins in a human cell. "By itself, the 'starry sky' does not say much. But if you load information from tissue and blood samples as well as data about genetic aberrations of a patient into the program, you can see where there are certain mutations in the cell." Conspicuous places are then, for example, red. Depending on where they are in the network and how closely they are linked to other proteins, you can infer which body function the proteins control, or how dangerous a change in a particular protein is. "We can then determine the likelihood that a particular mutation is responsible for the patient's rare disease", explains molecular biologist Pazmandi, who works with an international research team.

Whether the data are conventionally projected onto a screen or whether one can immerse oneself in the data in three-dimensional space makes a difference to the diagnosis. In two dimensions, too much information would be lost, and the complex relationships would be difficult to see on a small screen, explains the molecular biologist. "But it's more than just 3D - we're in this virtual network. You can move around, make the network bigger or smaller, and look at individual proteins in detail."

Further studies and development of the program are still needed before the system can be used in everyday clinical practice. But in the future, the VR glasses should aid quick diagnosis, especially for rare diseases. Meanwhile, other fields of medicine, such as cancer research, have shown interest in the technology. In cancer, genetic changes can also be the trigger for disease. "But it's not limited to medicine. In principle, the system can be used for any type of data analysis based on networks. In theory, it would also be applicable in the social sciences, for instance to analyze social networks", Pazmandi says.

Load the video by clicking here. Only then data will be transferred to the video provider!

Julia Pazmandi works in the research group of Jörg Menche at the CeMM Research Center for Molecular Medicine.