Genetic, morphological, and chemical studies have identified the two infants from the 31,000-year-old double grave on the Wachtberg in Krems, Lower Austria, as identical twins and have determined how long they survived. An international team of researchers with participation from the Austrian Academy of Sciences has reported the findings in the journal Nature Communications Biology. 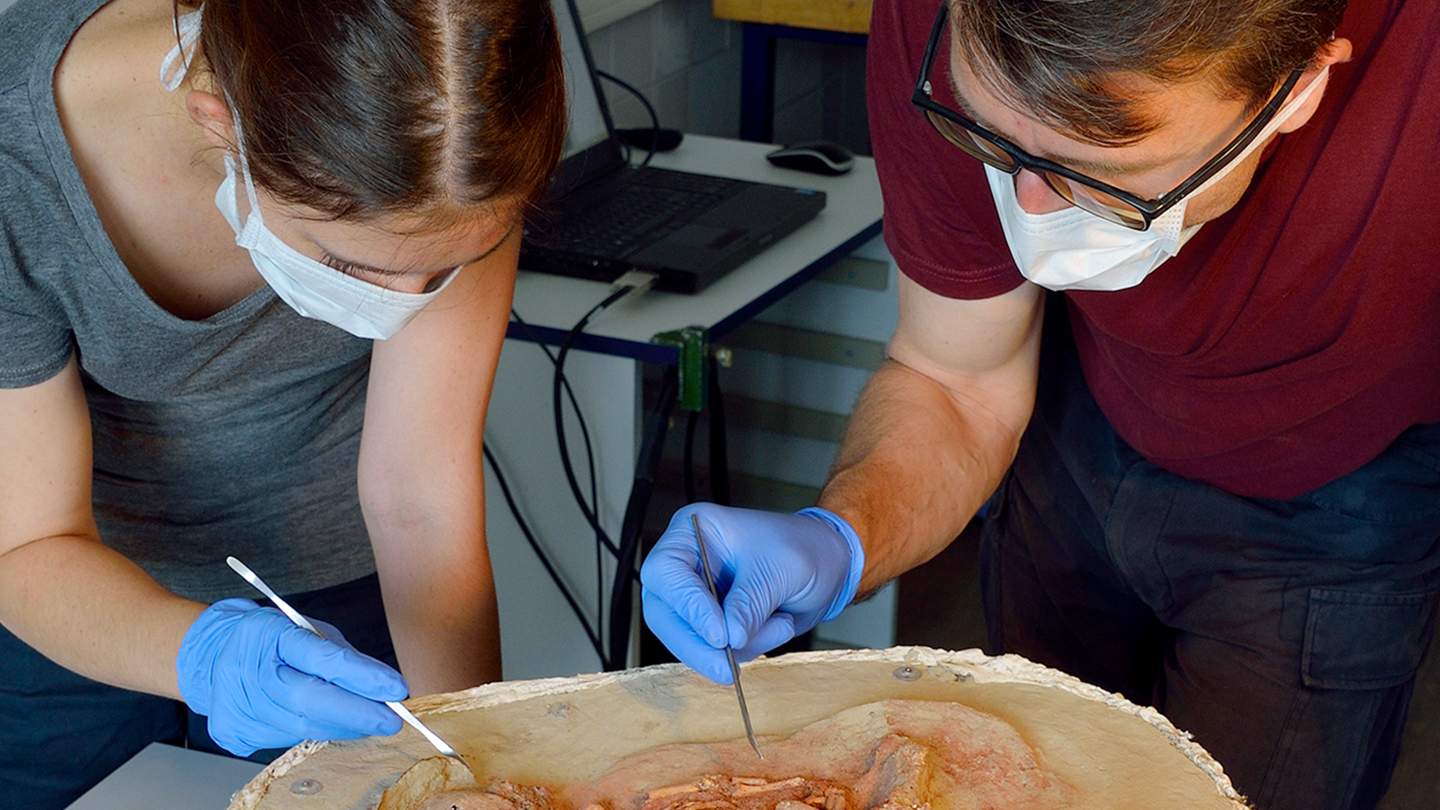 Two Upper Paleolithic infant burials – a double burial of two infants and the burial of an approximately 3-month-old child – were discovered in 2005 by researchers of the Institute for Oriental and European Archaeology of the Austrian Academy of Sciences (OeAW) during excavations in the approximately 31,000 year old occupation layers of the Wachtberg in Krems, Lower Austria. The twin grave was protected by a mammoth's shoulder blade and was well preserved.

Due to the small number of surviving infant burials from the time of early anatomically modern humans of the Upper Paleolithic, the find is a global legacy of outstanding importance for answering developmental and evolutionary biology questions. A replica of this double grave has been exhibited in the Natural History Museum Vienna (NHM) since 2013.

Gender and age at death determined

The different ages at death of the infants from the double grave, who were identified as identical twins, confirms the phenomenon of grave reopening for the purpose of secondary burial, which was previously unknown for the Paleolithic.

The molecular genetic analysis showed that the double burial (grave 1) involved male, monozygotic (identical) twins. This has provided the "first genetically verified and earliest proof of twin birth", says Ron Pinhasi from the University of Vienna. The frequency of twin births fluctuates in different regions and times. Today it is increasing and is around 1:85 (based on monozygotic and dizygotic twins), with monozygotic twins being rarer (1:250).

"To discover a multiple burial from the Paleolithic period is something special in itself. The fact that sufficient and high-quality ancient DNA could be extracted from the fragile, child's skeletal remains for genome analysis exceeded all our expectations and can be compared to winning the lottery," reports Maria Teschler-Nicola from the NHM Vienna.

The skeletal remains of the third infant recovered from the individual grave (grave 2) also proved to be suitable for genome analysis, despite poor preservation: it was a 3rd-degree male relative of the twins (possibly a cousin).

The age at death of the infants was also examined. The maxillary second deciduous incisors were used for the estimation – morphometric data were collected, histological thin sections, a µCT analysis and 3D reconstructions were made, and chemical analyzes were carried out. The focus was initially on the detection of a so-called "neonatal line" (NNL) in the tooth enamel. "This NNL is the product of birth-stress-related dysfunction of the enamel-forming cells in the milk teeth. It appears as a dark line in the tooth enamel and distinguishes prenatally from postnatally formed enamel," Maria Teschler-Nicola explains.

From this characteristic, and taking into account the degree of development of other body regions, it can be concluded that the twins were full-term newborns. While one infant survived the birth by 6–7 weeks, the other apparently died at or shortly after birth. The different times of death of the twins can also explain the different locations of the remains of the two infants. The 6–7-week-old baby is therefore the "secondary burial". This indicates that the grave was reopened – a cultural-historical finding of great relevance, as it expands the previously known spectrum of Gravettian burial practices.

A so-called "breastfeeding signal" in the tooth enamel was also identified by means of chemometric analyzes. Barium, which hardly enters the tooth enamel before birth due to the placental barrier, is absorbed from breast milk after birth and is therefore stored in the postnatal tooth enamel. In the case of the buried twins, it can be seen that the infant who died early had at least one attempt to breastfeed, and an increase in the barium signal was found in the postnatal tooth enamel of the 6–7-week-old infant. In the 3-month-old infant in the other grave, this signal was completely absent, which indicates difficulties with the food supply.

The results, especially the documented signs of stress and the early death of the infants, reflect a presumably desperate situation in terms of food supply of a paleolithic hunter-gatherer group that had set up their camp on Wachtberg in Krems a little more than 30,000 years ago.