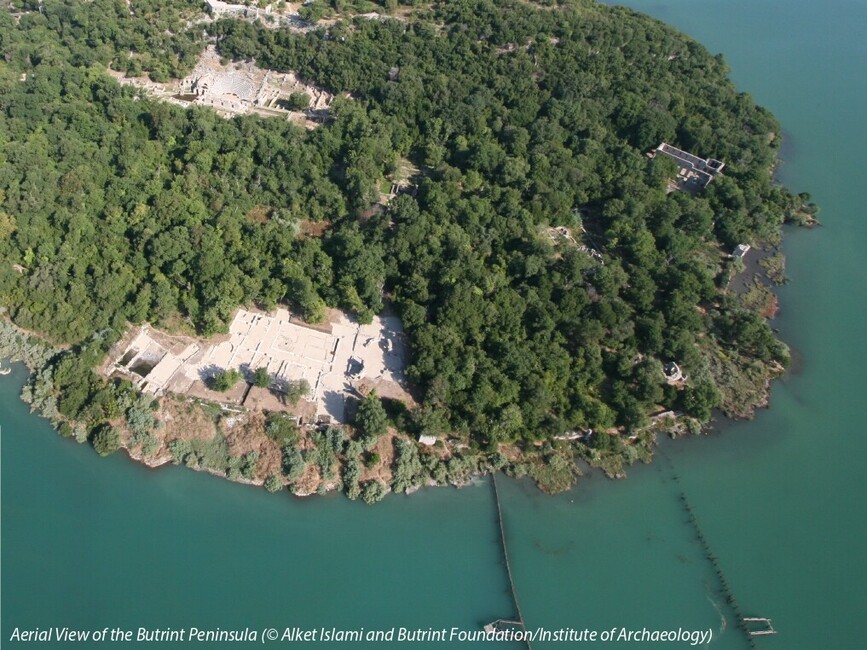 »From Roman to Late Antique Butrint: The Evidence on Houses and the Topography of Urban Quarters«

Butrint, a multi-period urban settlement on the Ionian coast of south-west Albania, offers ample archaeological evidence on the change and transformation of the Mediterranean city at the end of the Roman period. Recent archaeological excavations in the peninsular lower town area of the so-called Triconch Palace, and on the Vrina Plain suburb on the southern side of the Vivari Channel, inform this subject from the perspective of secular residential buildings. Now published, these excavations chart the development and transformation phases of two large residential complexes from their construction in the early and late Roman imperial periods to their abandonment as areas of human activity in the late medieval period. This presentation will discuss the urban fabric of Butrint in the late antique period (c. AD300 to c. AD600) in the light of the evidence from these excavated domus, pieced together with other fragmentary clues on houses and associated residential facilities elsewhere at the site. Among the few known and archaeologically investigated examples in Albania and in the Balkans, the construction of these domus and their transformation in the late antique period shed light on the nature of houses and house-building, and on the overall changing topography of a small, but significant port-town that enjoyed trade and economic ties with the Adriatic and the wider Mediterranean region.