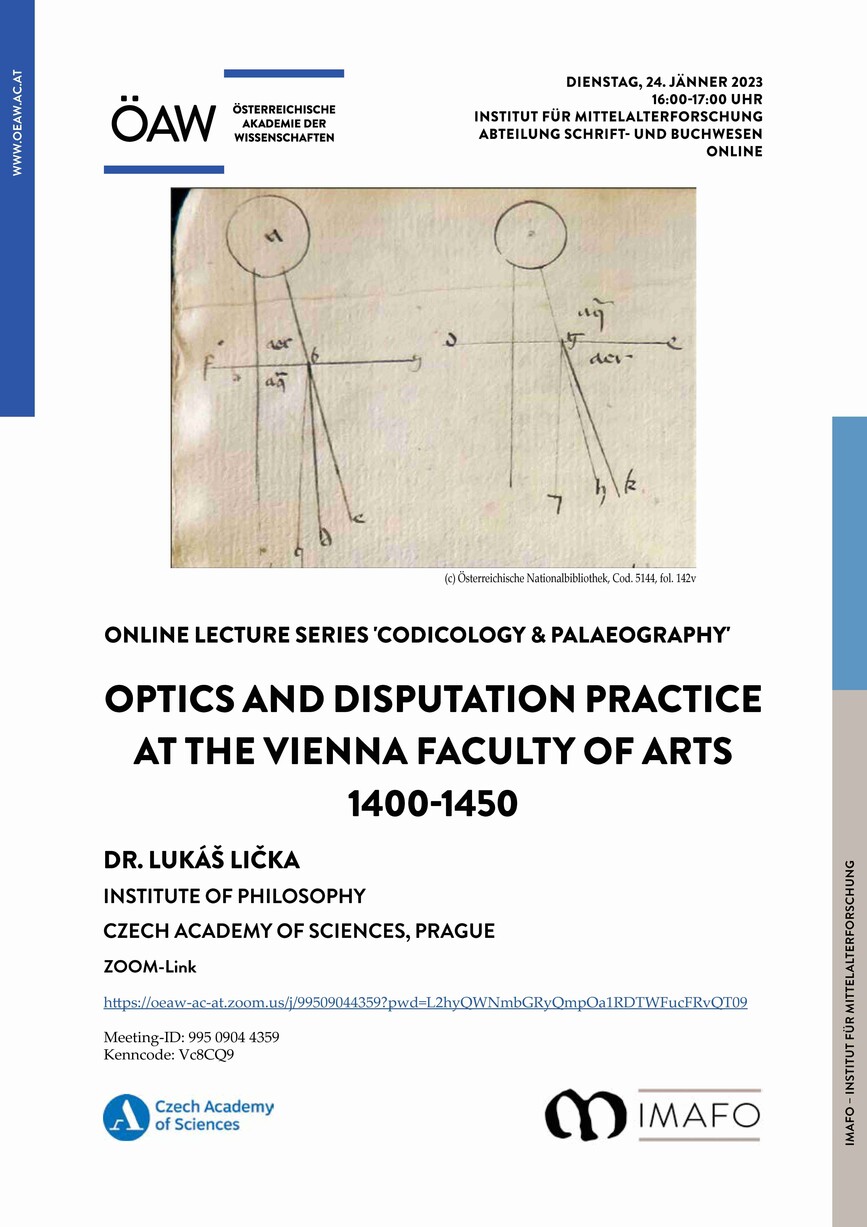 From ordinary disputations held weekly to prestigious quodlibets organised once a year, disputations were a crucial intellectual practice at late medieval universities. The texts arising out of these events are usually preserved in single manuscript copies and scattered among dozens of cognate texts in numerous insufficiently described codices. Although many of the quaestiones disputatae deal with natural philosophy, historians of science and general historians rarely delve into their contents, as they are hard to access and allegedly too shallow for the former, and overly technical for the latter.

This talk seeks to challenge this double neglect. The talk confines itself to disputation texts related to the medieval discipline of optics (perspectiva) originating from the Vienna Faculty of Arts in the first half of the 15th century. It surveys their manuscript preservation and transmission, and compares the statutory prescriptions regarding various types of disputations to the written sources stemming from actual disputation sessions. It also presents a preliminary estimation of the optical topics disputed, revolving around the propagation of light and the constitution of visual perception, and the sources of optical knowledge used by Vienna disputation participants. Last but not least, it introduces several unknown texts by important Viennese scholars of the era, such as Nicholas Dinkelsbühl and Conrad Seglauer.