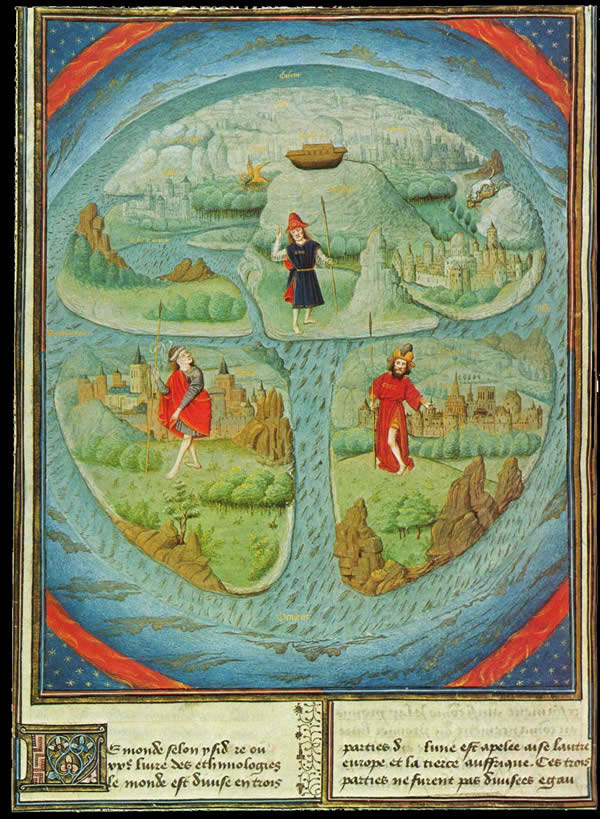 In the turbulent world of the early Middle Ages, ethnicity became a key resource in the reorganization of the political landscape. It provided a tool for integration and exclusion, for establishing and legitimizing power structures, for expressing notions of belonging and Otherness. Identity formation, however, is a complex process with a wide variety of possible outcomes. A large number of early medieval narrative sources comprise outside descriptions rather than the self-identifications of given groups; criteria of distinction such as appearance, language, law and traditions may be markers not only for one specific group but for several different ones. In general, ethnic terminology used in the sources is rather ambiguous as terms could overlap and meanings change over the course of time. Over the last few decades, historical research on the early Middle Ages has rejected the notion that ethnic identities were determined by common blood and origin, and they were shown to be socially constructed. This nuanced understanding of ethnicity has led to new research questions: how are the terms in our sources related to each other? How did contemporaries employ and understand them? How did outside perceptions relate to ethnic self-identifications? And how did they differ over space and time?

The project Mapping Medieval Peoples (MMP) proposes a new approach to these questions by visualizing the ‘mental maps’ and the semantic fields that emerge from the analysis of late antique and early medieval source material. Through methods provided by semantic network analysis and mapping, the project aims to reconstruct the ways in which peoples were perceived, relying on ethnic terminology, ethnonyms and perceptions of space, and thereby to elucidate how ethnic identifications helped to perceive the early medieval social world. This will emphasize that ethnic identity is shaped by a broad intellectual repertoire, which in turn is influenced by biblical models, antique geography and ethnography, as well as by intercultural contacts and long-distance migrations causing a shift in perceptions of the other and a reorganization of space.

Mapping Medieval Peoples works on three first levels: firstly, it provides a visual representation of the semantic field of ethnic terminology including ethnonyms, attributes, stereotypical traits and labels, as well as spatial terms, including abstract concepts like East or North, geographical descriptions and indicators of centre-periphery relations; secondly, it has a spatial dimension generating a visualization of the selected authors’ views of peoples and regions; and thirdly, it integrates the temporal perspective, showing how the perception of a specific people changed and varied over the course of time and from one historical context to the other. The visualization uses the database GENS: Group terminology and ethnic nomenclature: a semantic database, Latin Europe, 400–1200 as a starting point. The database offers a systematical analysis of group terminology and includes more than 4,200 passages derived from early medieval Latin works of varied genres. In the course of the project, the database will be relaunched with additional content and the visualization components as new features.

The project focuses on three thematic strands: on a comprehensive case study on the steppe peoples, on the perception of the space and peoples of Scandinavia, and on an analysis of the Heruli. The sub-project on Steppe Peoples (Walter Pohl) encompasses several focused case studies examining the descriptions of the steppe peoples in Europe between c. 300 and c. 1000 – of the Huns, Avars, Bulgars and early Hungarians – written by their contemporaries. The steppe peoples provide a particularly suitable material for studies of identity formation, because of their high mobility and political volatility. Since mobility is a defining feature of steppe nomads, however, their localization and presentation on a map presents a challenge to historians. In the project, interactive maps will make the frequent shifts of peoples, polities and cultural flows in the steppe and the adjacent areas visible, allowing shifts in time or differing perceptions of the location of peoples by different observers to be traced. The first case study focuses in on the perception of steppe peoples in the ‘Black Sea’ region, which is provided in the works of Jordanes, Procopius and Zacharias Rhetor, the second case study on Byzantine sources will open the view towards the steppe peoples in Central Asia and China. A third complementary case study will examine the Avar realm in Carolingian times (Katharina Winckler), spanning from the last appearances of the Avar army in the mid-8th century to the conquest in 796 by Charlemagne and his son Pippin. It will map the subsequent attempt to create a provinicia avarica in the early 9th century, an attempt that ultimately failed. Visualisations created in the sub-project Steppe peoples will be presented in the science lab of the ‘Steppe peoples’ exhibition at the Schallaburg 2022.

The second thematic strand Mapping morals: Peoples, faith and virtue Europe’s North, c. 830–c. 1200 (Laura Gazzoli) examines Scandinavia. The expansion of textual knowledge about Scandinavia, the Baltic and the North Atlantic region from the ninth century through the twelfth went hand-in-hand with missionary activity in this region. The first account offering any detail about Scandinavia was the ninth-century Life of Ansgar, recounting the missionary work of its protagonist amongst the Danes and Swedes. Ansgar’s successors at Hamburg-Bremen kept up an interest in northern missionary work, and in the late eleventh century, Adam of Bremen wrote a lengthy description of the ‘islands of the north’ (insulae aquilonis). In the early twelfth century, historical writing began in Scandinavia itself: Ailnoth of Canterbury, an Englishman settled in Odense in Denmark, described the peoples of the north in his Deeds of Svend and Passion of Knud. Ailnoth drew on a longer tradition, dating back to the era of Viking attacks on Europe, which saw the north as barbarous and unchristian, biblically the source of evil (Jeremiah 1:14), and saw its poor soil and distance from the rest of Christendom as things which prevented its inhabitants from properly observing Christianity. Adam, however, saw many features of the north as positive: the Icelanders’ poverty made them natural Christians, even before their conversion, and the Prussians were the most humane of all peoples, who despised the trappings of wealth, even though they were pagans. This project aims to map the understanding of the space and peoples of the north as well as the moral notions that were projected on to them, from earlier continental European texts to the first Scandinavian ones.

A particularly suitable case study on ethnonyms is provided in the example of the Heruli, which is analyzed in the third thematic strand Identical strangers: The history of the Heruli between the 3rd and the 5th century (Salvatore Liccardo). This ethnonym emerges at almost the same time in two very distant geographical contexts – the area north of the Black Sea and the Lower Rhine. Greek sources describe them as one of the barbarian raiders that invaded the Balkans in 260s, while Latin authors mention them among the ethnic groups which were defeated by the tetrarchs in Gaul in the 280s. The coexistence of these two distinct traditions make the history of this group and its name paradigmatic of the constant late antique and early medieval reshaping of ethnic vocabulary and mental maps.

The approach taken in Mapping Medieval Peoples to combine new methods and recent findings emerging from the analysis of ethnic identity and social cohesion, with digital humanities has hitherto not been applied to the period and to the sources in question. It will allow examination of the semantic and discursive fields in which ethnic identities were created, and the location of ethnicity and identity within a broader matrix of gender, status, literacy and other social modes of identification. Additionally, it will make the textual evidence more accessible to researchers and the public through tools for semantic analysis, contextualization and visualization. Mapping Medieval Peoples aims to contribute to a more differentiated perception of other peoples, ethnic attributions, mobility and migration, and it will help us understand a crucial period in the history of Europe and its implications for modern political and social discourse.

In Cooperation with the Austrian Centre for Digital Humanities and Cultural Heritage, ACDH-CH