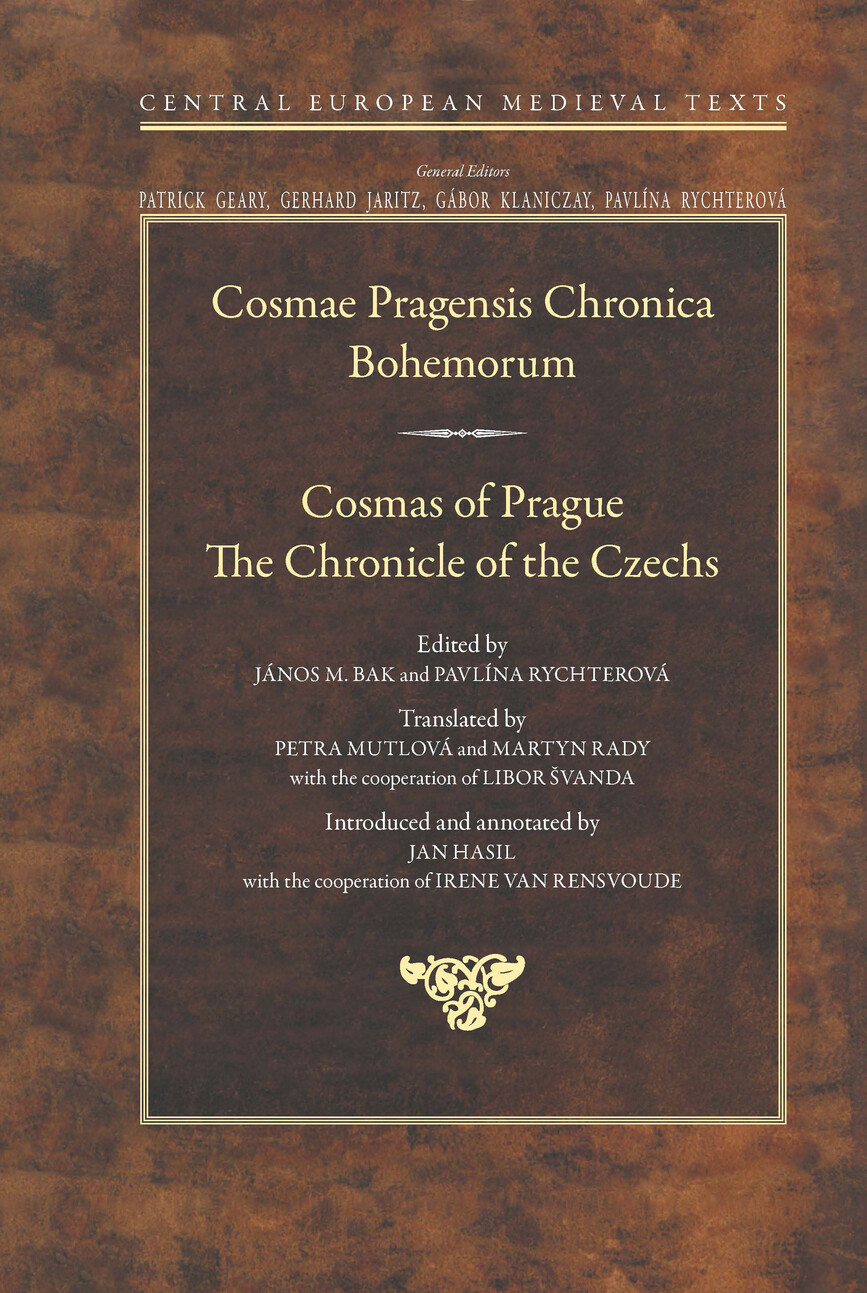 Only a few kindred spirits were chosen by Cosmas to share his ingenious book of consolation with him. He named them in prefaces to individual books of his chronicle, prefaces which represent the most elaborate rhetorical pieces extant till today from the time and area. We may only imagine the responses of those readers: Did Severus, provost of the church in Mělník, and Gervase, master of the cathedral school of St Vitus in Prague, laugh?

The Chronica Bohemorum of Cosmas of Prague, its Latin edition by Berthold Bretholz accompanied by a new English translation is now available: