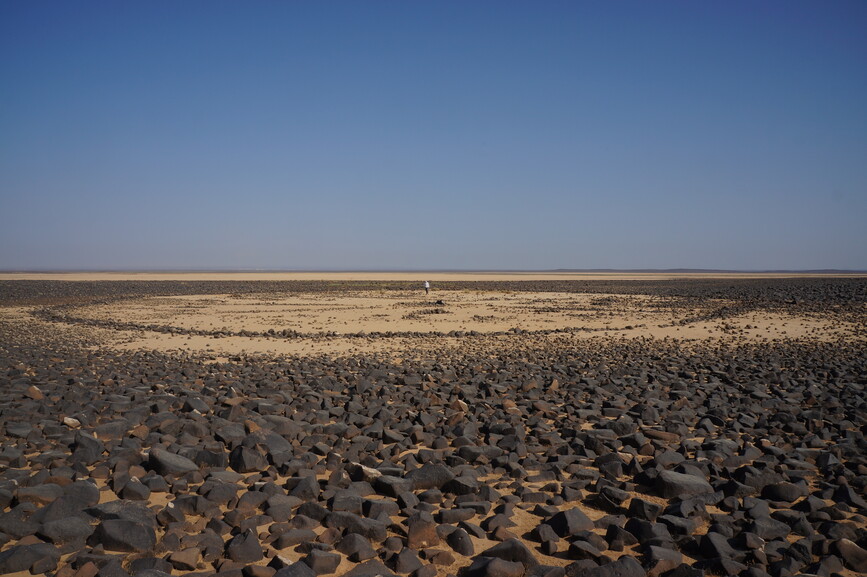 The last decades have seen the gradual inclusion into archaeological study of the arid environments on the peripheries of the „Fertile Crescent“ of Mesopotamia and the Levant. In particular, multiple projects in the eastern deserts of Jordan have documented a high density of stone structures dating from at least the Palaeolithic to the Iron Age, indicating a wealth of past human occupation in these formerly mostly ignored landscapes. Nevertheless, archaeological work in this region remains challenging, due to difficulties of present-day access and logistics in areas that are often remote and topographically demanding, as well as due to the complexities of defining occupation periods, types of human activity, or cultural markers from finds comprising mostly lithic tools and heavily reused structural remains. However, with the integration of remote sensing data, including satellite and drone imagery and elevation models, as well as digital analyses, such as quantifications of vectorised structural forms, it becomes possible to conduct fieldwork and compare keyhole results across a large area, creating predictive models that approach a holistic dataset. This presentation showcases the advantages of these methods in the Near Eastern context using as examples analyses conducted by the author in Jordan and Iraq, presenting preliminary results on topics including the co-directional relationship between nomadism and sedentism and resource acquisition in arid environments.