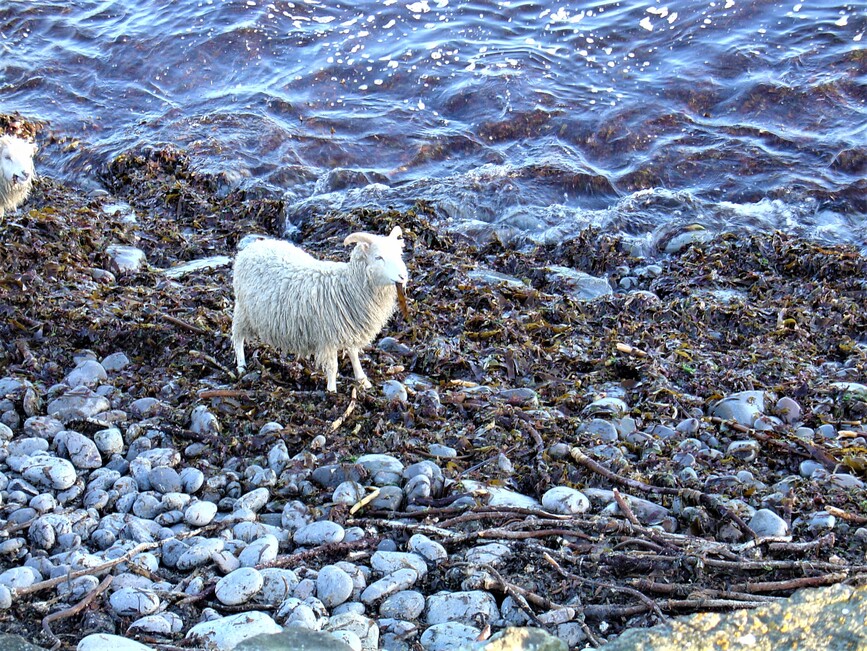 »Seaweed-eating sheep and seaweed as fertiliser: Identifying seaweed use in the archaeological record«

Seaweed is often overlooked in archaeology as food and as a resource for industry, crafting and in agriculture. However, charred seaweed remains have been found in flotation samples from Neolithic, Bronze and Iron Age, Norse, and Medieval sites in Scotland, England, Ireland, and Scandinavia, among others. Due to the wide variety of uses for seaweed, its purpose on site often remains open to conjecture. Historical evidence shows that seaweed was frequently part of sheep and cattle diets in coastal areas. As part of the doctoral thesis of Magdalena Blanz, research was undertaken to improve detection methods of seaweed consumption, using stable isotope ratio and trace element analysis of present-day and archaeological sheep teeth and bones from Scotland. Additionally, a field trial was undertaken to show the effects of fertilising cereals with seaweed on crop isotope ratios. This presentation gives an overview of past seaweed use and its identification based on historical and archaeological sources, with a focus on North Atlantic Europe.

»The Middle Neolithic child burials from Ölkam: Assessing possibilities for the documentation and analysis of block-excavated human remains«

In 1996, two child burials were discovered in settlement pits of the Middle Neolithic Lengyel culture at the site of Ölkam in Upper Austria. Due to their fragile condition both burials were only partially excavated and were then recovered as blocks. This circumstance poses distinct challenges for their documentation and analysis. Therefore, an interdisciplinary approach was developed for the study of these burials including 3D surface documentation of the burial blocks, macroscopic anthropological analysis, and 14C dating using Accelerator Mass Spectrometry (AMS). Results obtained during the project show that both burials are typical Westlengyel burials that are defined by a distinct heterogeneity. Thereby, the results also contribute to the understanding of the burial practices of this cultural group.

The two speakers are recipients of the BAG Sponsorship Award 2021, which is awarded for outstanding theses.

In Cooperation with the Bioarchäologische Gesellschaft