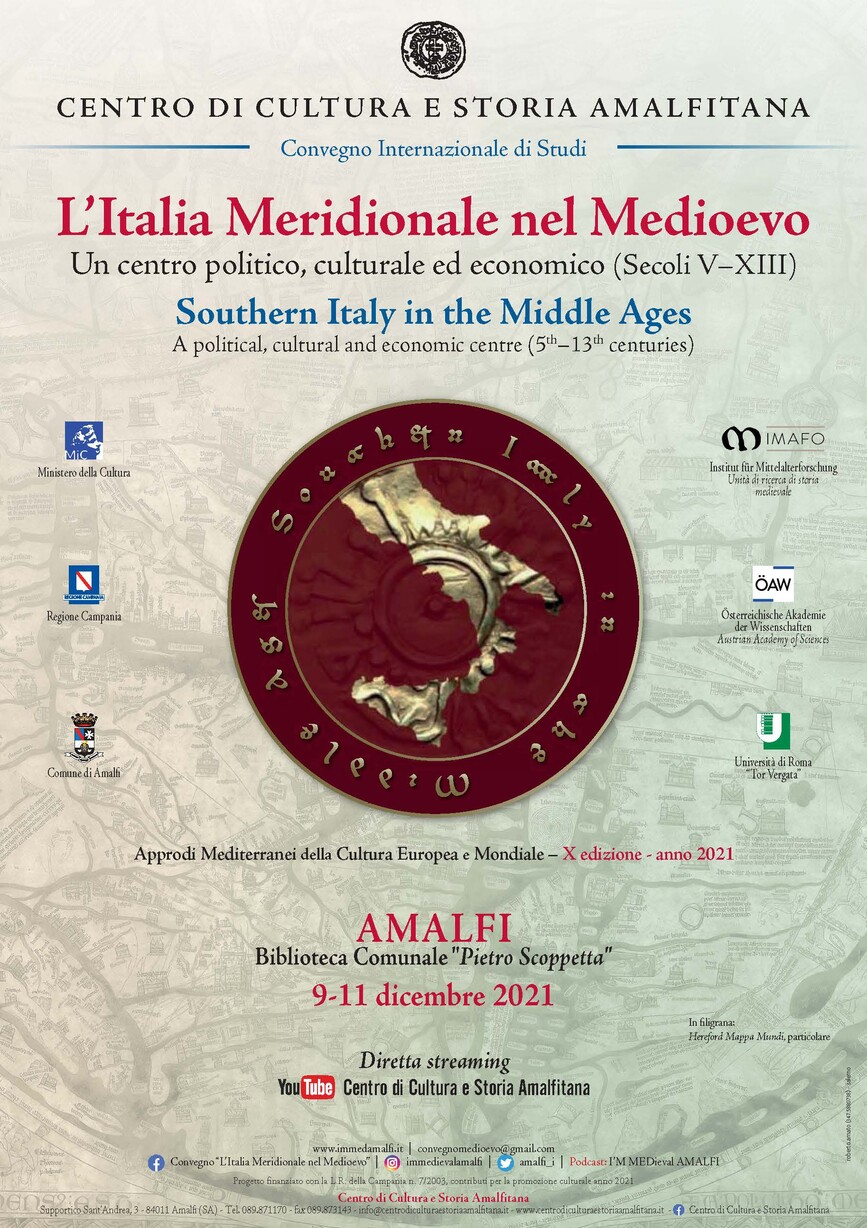 Located at the centre of the Mediterranean Sea, Southern Italy is the ideal field of study for examining the social, economic and political transformations that occurred during the Middle Ages. As reflected by the unusually abundant written documentation, Southern Italy hosted some of the leading cultural and religious centres of the time. Its political fragmentation, until the Norman conquest, made the region a theatre of war between the major Medieval political actors. While connected with Constantinople and the Ifriqiya, the region acquired increasing relevance within the imperial ideology of both Carolingians and Ottonians.

Drawing medievalists from all over the world, with a keynote lecture, around 30 individual papers, and excursions across the Amalfi Coast, this conference seeks to provide an interdisciplinary forum for discussing all aspects of Medieval Southern Italy. The papers will be the result of cross-disciplinary debates and will stimulate further researches in this field.