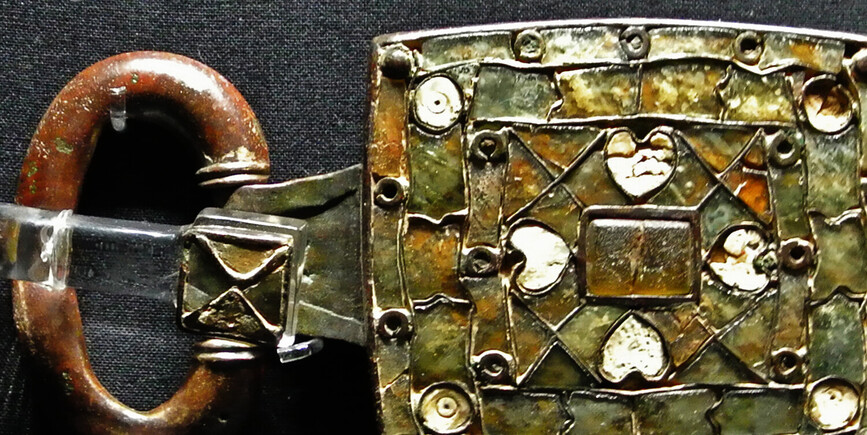 The development of social cohesion in the fifth century

When we hear about the “barbarians” and the period of the “fall of the Roman Empire” for the first time, we normally think about two things: Firstly, that these peoples (the northern neighbours of the Romans) were homogeneous and self-recognised entities, that is, groups who defined themselves as barbarians; and secondly, that they “destroyed” the Roman Empire. As it often happens with these kind of assumptions, modern research has demonstrated that these two processes (the formation of the barbarian confederacies and the fragmentation of the Western Roman Empire) were much more complex than was first perceived. For example, we still do not know very well how these contingents came to be united, or how and why they remained together for long enough to be later known by an ethnic name in our sources. What we could assert nowadays is that many of these processes were influenced by the Roman State, particularly in Western Europe, through mechanisms related to the Roman military apparatus: many of these foreigners sought to offer their military services to the Empire, especially from the end of the fourth century and during the fifth. In other cases, it was the Roman Empire itself, which sought to recruit these individuals through different mechanisms to use them in future campaigns. For the barbarian, this meant that he would receive food, and payment, and possibly promotions if his performance was good enough. One of the main objectives of my research is to clarify the connection established between the recruitment of the so-called “barbarians” by the Western Roman Empire during the fourth and fifth centuries, the service of these individuals, and the development of their social cohesion.

Social cohesion, as we understand it, is a concept that can be used to comprehend the manner in which individuals and groups with different backgrounds can unite or remain together against potential threats or to endure difficult moments in their history. In Late Antiquity and the Early Middle Ages, we get traces of the working dynamics of social cohesion in our narrative sources, in episodes in which a group or a community had to resist during a critical situation in order to survive. In this regard, it is possible to associate this notion with diverse factors that could shape such cohesion. For example, we can mention two basic elements that might influence the construction of a group: economy and violence. The first element could motivate a group of individuals to fulfill a goal related to the satisfaction of their basic needs. Here it is possible to quote the example of the Visigoths who were led by Alaric at the beginning of the fifth century. The Visigothic leader had to ensure that his followers would have access to food. In order to achieve this, Alaric negotiated with both the Eastern and Western Roman imperial courts, from 395 to 410, resulting in numerous alliances, the breaking of treaties, and aggressions.

Concerning violence, it could be represented as an external threat such as a common enemy. This could foster the unity of the group members in a given context: they would need to work together in order to confront such a threat, and thus, to survive. In some ways, this process could be related to the case of Gainas, a Gothic leader who was in command of barbarian soldiers and held the ranks of comes rei militaris and then magister militum in the Eastern Empire at the end of fourth century. Gainas participated in a complot to depose Eutropius, the Prepositus Sacri Cubiculi at the court of Constantinople, around 399. During his complot, he tried to seize Constantinople but was stopped by the population. This case is interesting since Gainas lost many of his followers during his failed attempt to take the Eastern capital, and nevertheless, we still hear about the way in which he tried to escape death with the rest of his supporters. In this regard, we could glimpse that social cohesion was motivated not just by means of money and wealth: violence played a major role for the cohesion of this group, for sure, but there must have been something else that bound the members together. This “something else” could be defined as the identity of the group: in this case, it must have been a military identity developed within the group led by Gainas since he already commanded barbarian troops for Emperor Theodosius (379-395) at the Battle of the Frigidus, in 394. Their bonds must have been reinforced after many years of service, plus, they must have had signs and symbols which could reflect that identity. This was another way in which social cohesion could be displayed, and we certainly have another example in the case of the Arborychi (who are usually identified with the Armoricans). Writing during the middle of the sixth century, Procopius informs us that these Arborychi were former Roman soldiers stationed in Gaul, and that they held a rivalry with the Franks. Since the later could not subdue the Arborychi, they decided to establish an alliance by means of intermarriage: Procopius highlights this fact, alleging that both groups professed Nicene Christianism, and that both of them had the Visigoths (who were Arians) as a common enemy. Here we see again the pattern of the self-defense against a common threat that I described above, plus the differentiation in religion, emphasised by Procopius. Finally, a group of Roman soldiers joined the community of Arborychi and Franks. These soldiers were also Nicene Christians and they were characterized as the bearers of a military identity which was reflected in their banners, their military attire, and their customs which, according to Procopius, the soldiers had transmitted to their descendants.

In many cases both elements, violence and economy, were related regarding the service of the barbarians within the late Roman army: many of these individuals joined the imperial army seeking to improve their economic status, thus, they became involved in the military life, as a part of their occupation. Therefore, they had to participate in military campaigns to stop other barbarian groups or the forces of a usurper (in most cases during the fifth century, a dissatisfied military officer who was appointed emperor by his troops), and hence, they had to endure the hardships of battles. Moreover, as the Roman army was a multi-ethnic entity, all of these soldiers had a share of experiences that consolidated their bonds, thus, they were part of a military identity that was displayed by symbols and rituals (as in the case of the Arborychi), and names (i.e. the names of the Roman military units).

On some occasions, social cohesion was also imposed by the Roman state. This was reflected in the recruitment of non-Roman individuals, and their use by the imperial authorities. The Roman army, as I mentioned earlier, was a multi-ethnic corpus which constructed its identity through hardships and the development of bonds and loyalties within its ranks. In this regard, we find information concerning foreign soldiers leading other foreign soldiers (as the case of Gainas) or “Roman” leaders commanding “barbarians” with different backgrounds and places of origin. Thus, the Roman state indirectly created cohesion among these groups by making them work together to carry out certain tasks. Moreover, social cohesion was developed among larger barbarian contingents serving the Roman state, on certain occasions. Such is the case of the relationship between Burgundians and Visigoths: both contingents fought against the Huns under the command of Flavius Aetius in the Battle of the Catalaunian Plains, in 451. Some years later, the Visigoths launched an expedition into Spain to stop the plundering of the Suebes; the Visigoths counted with the aid of the Burgundians to carry on this task. Thus, it is possible to see in this case a kind of cohesion that had originated in the context of the late Roman army and resulted in the collaboration of these two contingents. On the other hand, it should be remembered that both gentes were settled in southern Gaul during the fifth century. Hence, we could suppose that during the final decades of the fifth century, relations and cultural exchanges between Burgundians and Visigoths continued to a certain extent.

As we can see, social cohesion was fluid during Late Antiquity: it could imply diverse factors which could foster the unity of diverse groups and sub-groups of individuals, particularly, those relating to armed groups. In this manner, the creation of communities and the development of the Post-Roman kingdoms at the beginning of the Early Middle Ages were processes which were heavily influenced by the politics of the Roman State during the fifth century as well as the particular agendas of the barbarians who settled in the former imperial territories of the West.

Fernando Ruchesi is working at the Facultad de Humanidades at the Universidad Nacional del Nordeste in Argentina and currently writing a book on “The Barbarians, the Late Roman Army, and the Development of Social Cohesion (4th to 6th centuries AD)”. He was visiting fellow at the Institute for Medieval Research in 2012/13, 2015 and from April to June 2018.