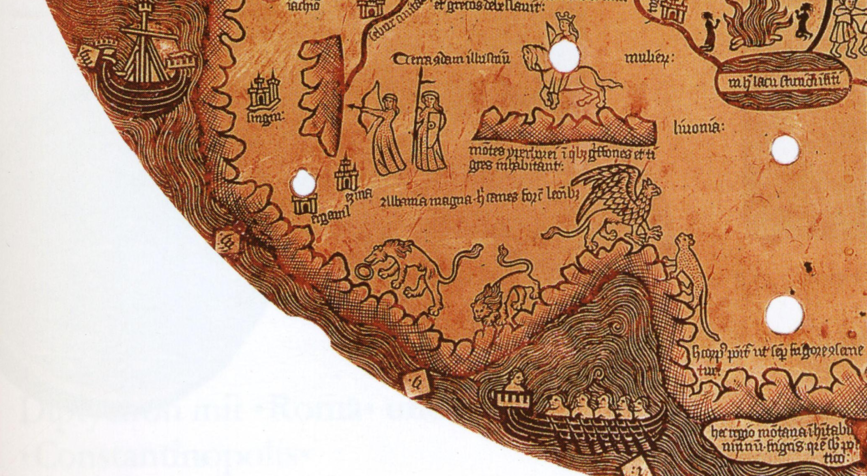 The myth of the Amazons numbers among the most popular tales of ancient literature. Since antiquity, numerous authors have both adapted this myth to their political and cultural climate and used it as a part of their ethnic discourse. Amazons appear in some of the most famous epic narratives. The deeds of Amazonian Queens, such as Penthesilea and Hippolyta, intertwine with the adventures of Heracles, Theseus and the story of the Trojan War. Amazons could also cross over from mythical to historical accounts. Most famously, numerous sources report the encounter of the Amazonian Queen Thalestris with Alexander the Great during his campaign in Central Asia. Modern scholars have shown an equally deep interest for the subject and promoted positivist, social, political and psychoanalytical interpretations of this myth. Whether or not they were referring to ‘real’ female warriors, Greek and Roman people of letters used the myth of the Amazons with, at least, three different aims. First, recurring to the Amazons’ narrative, they could translate experiences and accounts of female barbaric warriors into terms which were both familiar and exciting for their audience. Second, depicting a society in which the gender hierarchy was reversed, they could either exalt or denigrate the morality of their own world and consequently use this tale for bolstering a certain political agenda. Third, the tale of the Amazons could play a significant role in the account of origins of Late Antique and Early Medieval gentes.

In this sense, we find the Amazons participating in the origin myth of the Goths in Orosius and Jordanes. In the seventh-century Chronicle of Fredegar, the Amazons play a role in the genesis of the Franks, while in the Historia Langobardorum of Paul the Deacon they are the protagonists of an important episode of the distant past of the Lombards. The author pictures the warrior women preventing the Lombards from crossing a river, but Lamissio, a young man who later became King, faced and killed the strongest of the Amazons, thus gaining passage across the river. Paul questions the chronology of this episode because, as attested by known veteres historiae, the last Amazons were already exterminated before the time when this event could take place. The author provides, however, a possible explanation. The silence of the ancient authors is a consequence of their very scarce knowledge of the region where Lombards and Amazons met. The author corroborates this hypothesis by mentioning a coeval source of information, although without naming it. Paul had heard from someone that to his day the Amazons were still alive in intimis Germaniae finibus.

The testimony of Paul the Deacon shows the possibility of reinventing the old story, not only by changing the ethnic affiliation of the Amazons but also through altering completely its temporal and spatial coordinates. Once the focus of authors’ interests changed, the location and chronology of the Amazons had to be updated. Furthermore, such literary and cultural innovation appears particularly evident if one takes into consideration the Gesta Hammaburgensis ecclesiae pontificum. This text, written by Adam of Bremen in c.1072–75 contains the history of the Hamburg-Bremen diocese between the eighth and the eleventh century and focuses on the long process of the Christianisation of Northern Europe. In the Gesta there are five passages that refer to the Amazons. In Book 4, the author incorporates the Amazons into his ethnographic description of the lands and peoples of the North. Following, yet accentuating, Paul’s reasoning, Adam pushes the dwelling place of the Amazons, which he calls terra feminarum, even further away from their classical location. In Adam’s work, the women warriors inhabit the edges of the inhabited world. When mentioning the exact location of the Amazons, however, the author is imprecise: the women are said to be living both on the shores of the Baltic Sea and in the Riphean Mountains, neighbouring the Swedes. This incongruousness is the result of Adam’s attempt of mixing Late Antique ethnographical data and contemporary reports. The decision of reusing the older geographical material has a lexical basis. According to Adam, there is no mention of the Baltic Sea nor the Norwegians in the older texts, not because the ancient doctores knew nothing about them but because they simply used a different terminology.

Thus, the Baltic Sea of Adam and his contemporaries is equivalent to the Scythian or Meotic swamp of the ancients, while the Danes, the Swedes and the Norwegians are no different from the old Hyperboreans. In other words, it was sufficient to update the ancient ethnic and geographic terminology in order to reuse centuries-old ethnographic information. On the other hand, from time to time, Adam validates his account with the testimony of his contemporaries, such as Sven Estridsen, King of Denmark, or Bishop Adalward the Younger. The geographical distance of the Amazons translated into their profound physical and cultural otherness. They not only represent an example of a distorted gender hierarchy, but they are biologically different because their modes of reproduction appear as non-human. Adam is, in fact, inclined to believe that Amazons are impregnated by monsters and, while their female offspring are beautiful women, the male become Cynocephali. Adam expresses no doubt about the existence of the dog-headed people and asserts that they were often seen in Russia as captives. This innovation, the mixture of the tale of the Amazons with the myth of the dog-headed people, reflects Adam’s peculiar way of reusing and integrating classical narratives. The North imagined by Adam was populated by old gentes and monstra, yet their names could be new, as in the case of the Norwegians, and their characteristics could be the result of the combination of different narratives and ethnographic traditions.

Adam does not include the Amazons into the history of any precise gens, but his use of the old story is more than a mere display of erudition. One can recognise both continuity and change in Adam’s use of the ancient myth. Adam drew extensively on Late Antique and Early Medieval sources, but his Amazons are definitely unsuitable for enriching the past of any given people. Instead of being the ‘wives of the Scythians’ or ‘wives of the Goths’, they are said to be the ‘mothers of the Cynocephali’. On the other hand, even if Adam places the Amazons halfway between ferocious barbarians and half-human monsters, not only does he express no doubt about their existence, but he even decides also to incorporate them in his main narrative.

In conclusion, the myth of the Amazons played a pivotal role in defining the other because it represented an upside-down society in terms of gender roles and a quintessentially barbarian, uncivilised way of life. This gendered representation of the other could also serve to define and support a strong idea of the self. If used to describe a peripheral society, a reference to the old myth highlighted ‘how things should not be done’ and so justified the established gender hierarchy. If included in an origo gentis, the tale served to integrate this foundational myth into a much broader and popular record of the past.

Liccardo, Salvatore. 2018. “Different gentes, same Amazons: The Myth of the Women Warriors at the Service of Ethnic Discourse.” The Medieval History Journal 21 (2): 1–29.