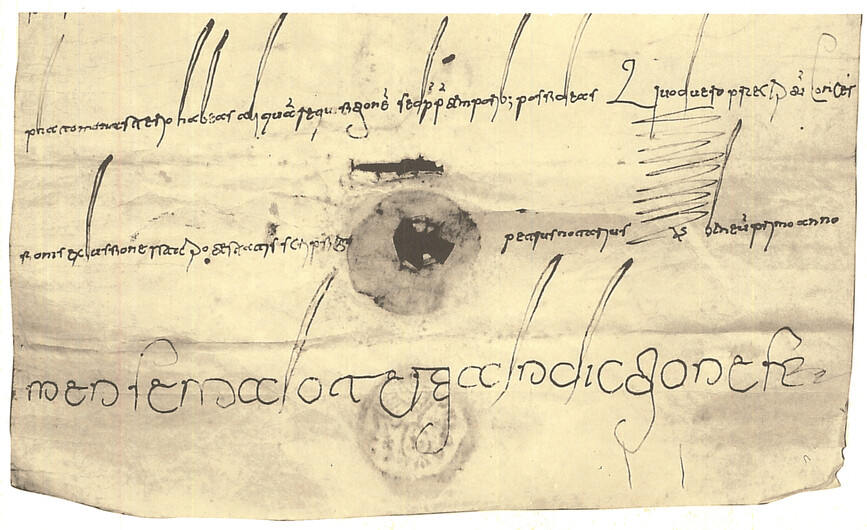 As of 1 January 2021, the “Präsidium” of the Austrian Academy of Sciences, on the basis of outstanding international expert opinions, has included the project Codice Diplomatico Longobardo (CDL) in its program of long-term projects and located it at the Institute for Medieval Studies (IMAFO) / Division of “Editionsunternehmen und Quellenforschung – MIR”. The primary aim of this project, which is being carried out in close cooperation with the Istituto Storico Italiano per il Medioevo (ISIME) and the Institut de Recherche et d’Histoire des Textes (IRHT), is the complete, critical and extensively commented and annotated edition of the charters of the Lombard princes of Benevento, Capua and Salerno. The object of this edition and research is thus the approximately 400 charters issued by these rulers from the period 774–1077, of which about 300 are preserved in full text and some 50 percent of these are in the original.

The long-term project led by Bernhard Zeller continues the work of Herbert Zielinski, who edited the southern Lombard ducal and private charters up to the “landmark year” 774 within the framework of the CDL, i.e. up to the subjugation of the (northern Italian) Lombard kingdom by Charlemagne’s Frankish armies. The project is now dedicated to the charters of the (south) Lombard rulers of Benevento, Capua and Salerno, who remained independent after 774, and who ruled large parts of southern Italy as more or less independent princes (principes) until the Norman takeover in the 11th century.

For several reasons, the charters of the southern Lombard princes deserve the special interest of researchers: because of their position between that of a simple (private) charter and a royal charter (diploma); their relatively early, especially in the 10th century already very rich original tradition; their influence by Frankish and Byzantine models; as well as their own influence on the charters of the later Norman rulers of southern Italy. Furthermore, the charters are also highly interesting for a number of other historical auxiliary sciences such as palaeography, sphragistics and numismatics.

The charters of the princes of Benevento, Capua and Salerno are of course also a central source for practically every kind of historical research on southern Italy from the 8th to the 11th centuries. Above all, the charters offer unique material for the varied and changeable general (political) history as well as for legal and constitutional history. But the charters also represent an important source corpus for a wide range of economic and social-historical studies, for cultural and ecclesiastical history issues as well as for prosopographical research.

Finally, the charters are also of great importance for the neighboring philological disciplines (Latin, Romance and German studies), as they offer a rich source of names, which sometimes allows conclusions to be drawn about the ethnic, social and cultural backgrounds of their bearers. Moreover, the Latin texts of the documents, in which Lombard technical terms were repeatedly interspersed and in which formulations in a vulgar Latin/proto-Romance vernacular language appear for the first time in the 10th century, provide rich source material for philological research.

The project is accompanied by a top-class scientific advisory board, which includes proven international experts. With all the necessary conditions for the successful implementation of the project in place, the editing and research work on this in many respects unique source corpus from the early Middle Ages could be officially started at the beginning of the year.