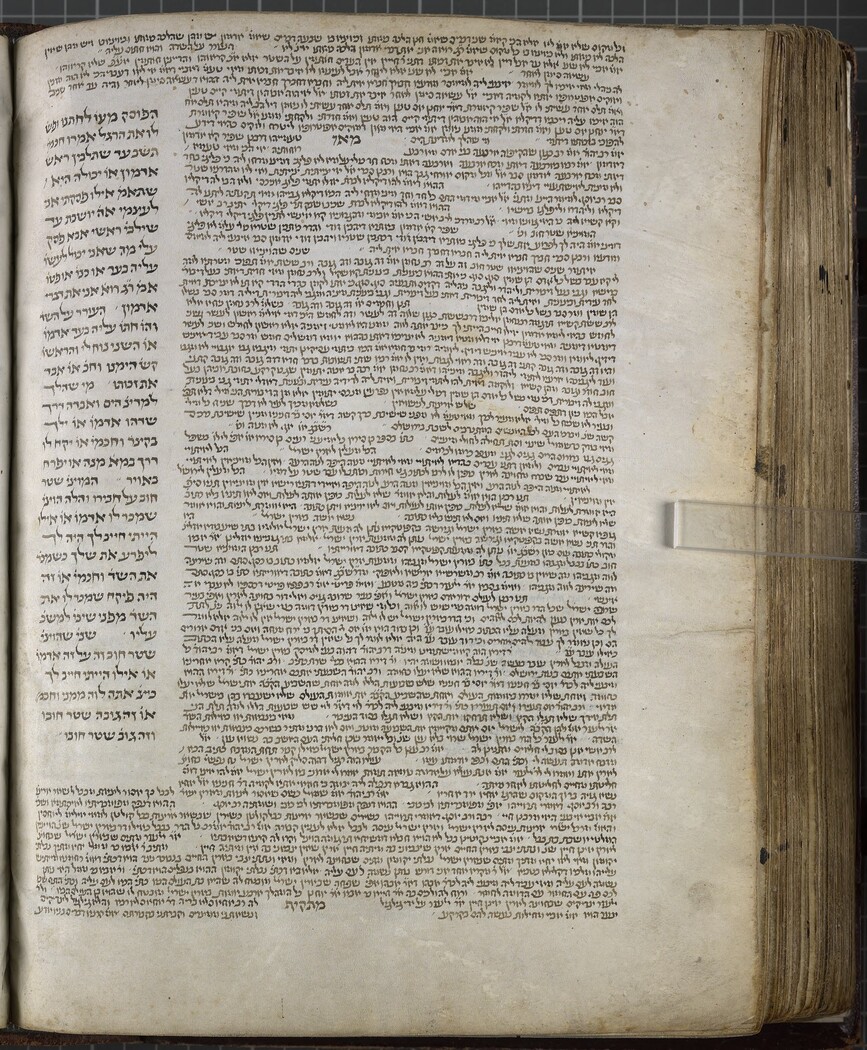 It once happened that Rabbi Eleazar ben Shammu‛a and Rabbi Jochanan the Sandal-maker were going to Nisibis to study Torah under Rabbi Judah ben Bathyra. When they got to Sidon, they remembered the Land of Israel, raised their eyes letting their tears flow, rent their garments, and recited this verse, and when you occupy it and live in it, you must diligently observe all these statutes and ordinances (Deut 11:31–32). They said: Dwelling in the Land of Israel is weighed against all the other commandments of the Torah. Thereupon they returned to the Land of Israel. (Sifre Deuteronomy 80)

The protagonists, early Jewish sages or tannaim, of this brief narrative transmitted in the Jewish commentary Sifre Deuteronomy (redacted in the early fourth century) are assumed to have been active in Roman Palestine in the second century CE. They are depicted as being on the point of leaving the Land of Israel and having reached a border area when they realise the transgression which would incur were they to leave, that is, as Judah ben Bathyra before them. Unlike Judah, they return. Their story is one among many passages transmitted in the so-called rabbinic literature or literature of the sages on the Land of Israel.

Together with the election of Israel, the Holy Land is one of the central themes of the Hebrew Bible and it continued to be of paramount importance for the construction of Jewish identity in post-biblical literature (see de Vos 2012; Safrai 2018).

The rabbinic period in Jewish history, which scholars see as beginning with the suppression of the Jewish revolts in the first and second centuries CE and as lasting until the mid-eleventh century, when the rabbinic academy moves to Tyre, is the time frame within which a new Hebrew-Aramaic discourse on the homeland emerges. And the story of the sages who realise that they belong in the Land rather than in Nisibis is part of this discourse of an intellectual elite and part of the broader phenomenon of the most classical of the Diasporas, the Jewish Diaspora.

In a first part of a research project on the Land of Israel in Jewish literature of late antiquity and the early Middle Ages, my research has been concerned with describing the main avenues along which rabbinic literature of the classical period represented Jewish attitudes towards Land.

It is in this literature that the promised land of the Hebrew Bible is for the first time in the history of Jewish literature consistently referred to with the Hebrew expression erets yisrael (“Land of Israel”), and less frequently with its Aramaic equivalent. This is certainly not a minor detail but one of the manifestations of the new ways in which Jews envisioned the Land and their relation to it in the period following the suppression of the Jewish revolts in Judea and in the Diaspora during the first and second centuries. Neither the literature of the Second Temple period (the writings of the Greek-speaking diaspora, the Hebrew Apocrypha and Pseudepigrapha, and the Dead Sea scrolls) nor the first document of rabbinic Judaism, the Mishnah (redacted in the early third century) convey the notion of the Land's ongoing superiority for Jewish history or the idea that Jews are supposed to live there. However, in other early rabbinic Palestinian documents, such as the Tosefta and the commentaries on the books of Exodus-Deuteronomy (so called halakhic midrashim, assumed to have been redacted later than the Mishnah, in the third and fourth centuries), that more evident pro-Land of Israel statements are transmitted. These remind Jews of the Land's superiority with respect to other Jewish places of residence and of their obligation to reside in the land that God gave them to fulfil all the commandments. Rather than one of two homelands Alexandrian Jews could claim to have, the Land is now the right place to be – even though from135 CE, and for several centuries after, Jews would not be allowed (or would choose not) to settle in the area that was once the core of their ancestral homeland.

This discourse continues to develop in the Palestinian documents of rabbinic literature of the subsequent period when the Palestinian sages no longer constitute the only centre of Jewish learning and spiritual leadership. Their teachings, including those concerning how Jews should relate to the Land, are at times contested by the voices of sages who were active in the Babylonian centres of the Sasanian Empire and at times only complemented or slightly corrected from an outside perspective. Several passages in the Babylonian Talmud, and especially a lengthy passage in tractate Ketubot (Fig. 1) are evidence of the way it refashioned Palestinian Land-traditions to suit its own agenda, so much so that Babylonia is depicted as an alternative Land of Israel for as long as world history lasts (see Gafni 2009).

However hegemonic Babylonia and its Talmud became, it is not only the case that Palestinian traditions were just appropriated and controlled. Later Palestinian voices continued to emerge and put forth their stance in a later period of rabbinic literature – a literature which precludes being associated with one specific location and which scholars tend to view as having emerged in the Land of Israel as well as in Babylonia, Byzantium and further west.

My research has so far focused on the approach of the sages to the significance of the Land for Jews in relation to the Land's immutable holiness, to the Land as the setting for the lives of the patriarchs Abraham, Isaac and Jacob, to the way the Land is regarded as sanctified in history (and thereby provided with borders [see Ben-Eliyahu 2019]) by the agency of Israel; to living in the Land and keeping the Land in Jewish hands as commandments; and finally, to the Land as the setting for the end of history.

This rabbinic recreation of the Land of Israel, part of the sages’ broader ethno-religious identity discourse, is but a part of what Palestinian and Babylonian Jews in general may have thought about the ancestral homeland in this period. As with all elite discourses, this one also primarily represents the opinions and experiences of a group of learned individuals.

This part of my research was conducted in the context of a larger project based at the University of Utrecht and led by Prof. Leonard V. Rutgers: Reconfiguring Diaspora: The Transformation of the Jewish Diaspora in Late Antiquity. In a second stage the research will focus on a wider array of early medieval sources.

Gafni, I. 2009. "How Babylonia became Zion: Shifting Identities in Late Antiquity". In: Jewish Identities in Antiquity: Studies in Memory of Menahem Stern, edited by L. I. Levine and D. R. Schwartz, 333–348. Tübingen.