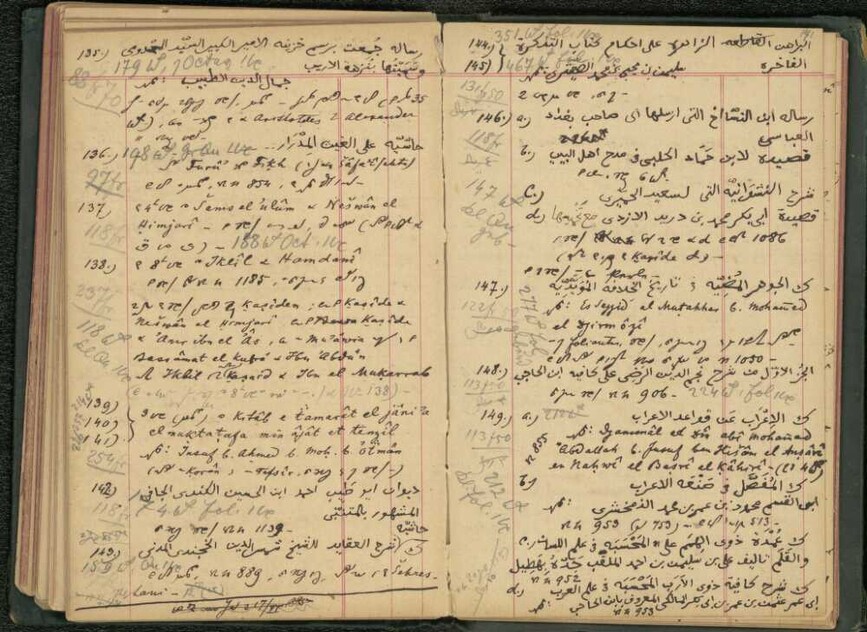 Coffee lovers in Vienna might appreciate a Mokka every now and then. And, some of them might know that this Viennese specialty – black coffee without sugar or milk – derived its name from the Yemeni port al-Mukha, from where coffee was exported. But, only a small scholarly community of specialists is aware that there are much further reaching connections between Vienna and Yemen.

Since the end of the 19th century, Viennese archives have held a precious selection of South Arabian manuscripts and squeezes, as well as ethnographic field notes, sketches, maps, diaries and photographs of travellers and collectors.

The most prominent material was brought to Austria by Eduard Glaser, one of the European scholars to explore South Arabia, and after whom the Glaser collections at the Austrian Academy of Sciences (AAS) and at the Austrian National Library (ONB) are named.

Four expeditions between 1882 and 1894 led Eduard Glaser to Yemen. He mainly explored the areas around Sanaa, between Sanaa and Ma‘rib and Sanaa and Aden. The imperial Hofbibliothek – later the Austrian National Library – kept the majority of the Islamic manuscripts from the Glaser collection. Another part of the material objects, including squeezes and cartographic documents, were kept at the Kaiserliche Akademie der Wissenschaften – today the Austrian Academy of Sciences. Although digitization processes are ongoing at the ONB, the material has not been studied extensively so far, and the catalogue entries provide only limited information. There are about 250 manuscripts listed in the ONB’s Glaser Collection, some already digitized and accessible online.

My project “Wiener Bestände südarabischer Manuskripte gesammelt von Eduard Glaser” at the AAS funded by the City of Vienna Fund, aims at recording the textual and formal content of the manuscript collection. This will contribute to make historical texts from Yemen accessible to the wider scholarly community and encourage further research. The project is being carried out at the Institute for Medieval Research at the AAS, in cooperation with the ONB’s Department of Manuscripts and Rare Books and the Library, Archive, Collections: Information & Service (BAS:IS) department at the AAS.

A majority of the texts probably date to the pre-Ottoman period, between the 10th and the 15th centuries CE. The authors, even though largely unknown, had probably Zaydi or Shafi’ite Muslim backgrounds. The manuscripts are mostly not original, first editions, but rather copies developed by authors in the following centuries. In an attempt to fill some information gaps in the archived documents, I am comparing Eduard Glaser’s diary entries on the acquisition of books with the books in the collection. The respective diaries, which were written in Gabelsberger short-hand, have already been digitized and transcribed by colleagues at the AAS’ department BAS:IS.