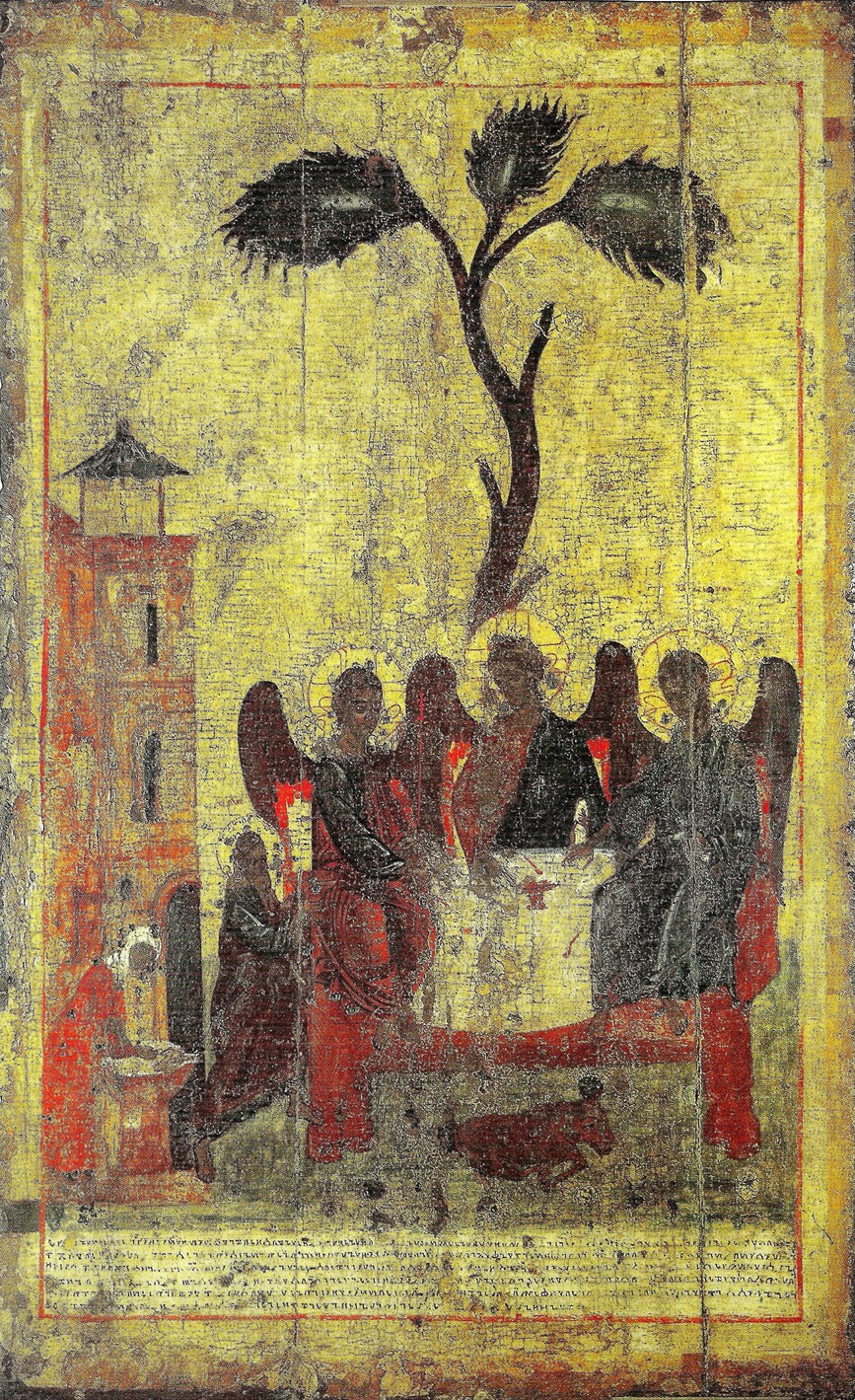 The New Testament sees baptism as the beginning of a fundamentally new human life, which implies the baptized person severing all ties with their past and with their family. Therefore, Christianization meant a complete change in the entire cultural system for the whole community. Christian authors used to emphasize the absolute opposition between Christianity and polytheistic religions, and gave a straightforward interpretation of the transition from one faith to another as a complete denial of the original culture and its unconditional replacement by a new one. The reality, however, was much more complicated. The peculiar world of syncretism, inherent in neophytes, differed either from the world view of archaic religion, or from the consciousness of the disseminators of Christianity.

Since the Russian Orthodox Church hardly engaged in missionary activities in the Middle Ages, the issue of neophytes and the process of Christianization is scarcely reflected in literature of Medieval Rus’.  Christianization is a central theme of three Old Russian literary works, which are closely interrelated on a textual level and intertwined with quotations and allusions. These texts are the Sermon on Law and Grace by the Kievan Metropolitan Hilarion (mid-11th century), Life of St. Stephen of Perm by Epiphanius the Wise (end of the 14th century or the very beginning of 15th century), and the Eulogy on Prince Constantine of Murom, a legend written in the second half of the 16th century, apparently, by a monk of the Murom Annunciation monastery.

These texts depict the adoption of Christianity in different societies and historical epochs, and, naturally, they are bound to condemn paganism and celebrate the spread of Christian oecumene. However, they differ in their perception of conversion as a process or an act, and in in the manner they capture (or whether at all) the specific way of thinking of the neophytes.

Hilarion’s Sermon on Law and Grace depicts the Christianization of the Rus’ as a single one-time act at the behest of Prince Vladimir, who unconditionally subdued the entire population of his state. According to Hilarion, just as Vladimir became the embodiment of all Christian virtues after baptism, so Christianity flourished in the newly converted nation in its purest, most perfect form. The Eulogy on Prince Constantine of Murom celebrates the Christianization of the Murom region, which was originally inhabited by pagan Finno-Ugric peoples and was conquered by Slavs in the 12th century. The Slavic colonization also brought Christianity along with it to the Murom lands. The image of Christianization in the Eulogy is close to Hilarion’s concept. The promotion of a new faith is a single one-time act, which causes no objections, and the whole community identifies with Christianity. For the authors of both texts, Christianization implied a complete rejection of the existing faith and the entire cultural system, and an entry into a completely new quality of being. This concept of Christianization meant, in its essence, a repetition of the hagiographic topos of an individual conversion, whose roots can be found in the transformation of Saul into Paul.

In contrast, Epiphanius the Wise in the Life of St. Stephen of Perm captured the problem of the adoption of a new faith in more intricate detail. Epiphanius's view on conversion of Permians differs significantly from Hilarion’s Sermon on Law and Grace and the Eulogy on Prince Constantine of Murom, because he sees it as a process. The legend does not just describe only the initial and final states, but instead clearly depicts the position of the neophytes between the two cultures and the formation of a specific conglomerate of ideas that is identical to neither the traditional Permian culture nor to the missionary world view. At the same time, Epiphanius the Wise was the only medieval hagiographer to reflect the fact that even in the case of a successful mission and the conversion of a new nation to Christianity, a group of people who were not convinced by the missionary remained in the community, and they persisted with their traditional cults even at the cost of banishment from the country.

The legend manifests the uniqueness of the neophyte culture through three fundamental aspects. Firstly, unlike the missionary, the neophytes do not adhere to the commandment “Thou shalt not kill” and instead consider violence and homicide as an appropriate way of promoting the new faith. Secondly, they do not understand Stephen’s selflessness in disposing of pagan deities. And thirdly and finally, they cling to their country and do not accept the universalism of Christianity, and rather still see the Christian world beyond the borders of their lands as a hostile one. These differences in the thinking of the missionary and the baptized Permians do not arise only from a certain lack of adoption of Christianity, but are directly embedded in the already existing Permian culture, which the Permians did not completely renounce even after baptism.

In contrast, the Life of St. Stephen of Perm does not capture the enforcement of Christianity, but a very rare missionary activity in the Orthodox world. There is an individual who did not have the power of monarchs to Christianize the pagan community by a single command, and therefore he had to preach the new faith for a long time and in the face of numerous difficulties. The absence of the pressure of enforcement gave the neophytes much more room to preserve their own specific culture. Later, it was no longer acceptable for the Russian Orthodox Church, which relied on the power of the Moscow rulers.

Jitka Komendová is an associate professor at Palacky University in Olomouc who currently works on a project focussing on historiography in medieval Rus' and Central Europe. From October 2020 to January 2021 she was a guest fellow at the Institute for Medieval Research in Vienna.