The large set of data recorded by the CMS experiment in the second data taking period of the Large Hadron Collider at CERN continues to deliver new insights in the physics of high-energy proton and ion collisions. At the occasion of the Large Hadron Collider physics conference, the CMS collaboration has released more than 20 new results, covering areas of particle physics as diverse as searches for new resonances, studies of the Higgs boson, B-physics, or heavy ion physics. In the first of these areas, researchers at the Institute of High Energy Physics (HEPHY) of the Austrian Academy of Sciences contributed a new search for supersymmetric partners of the top quark. 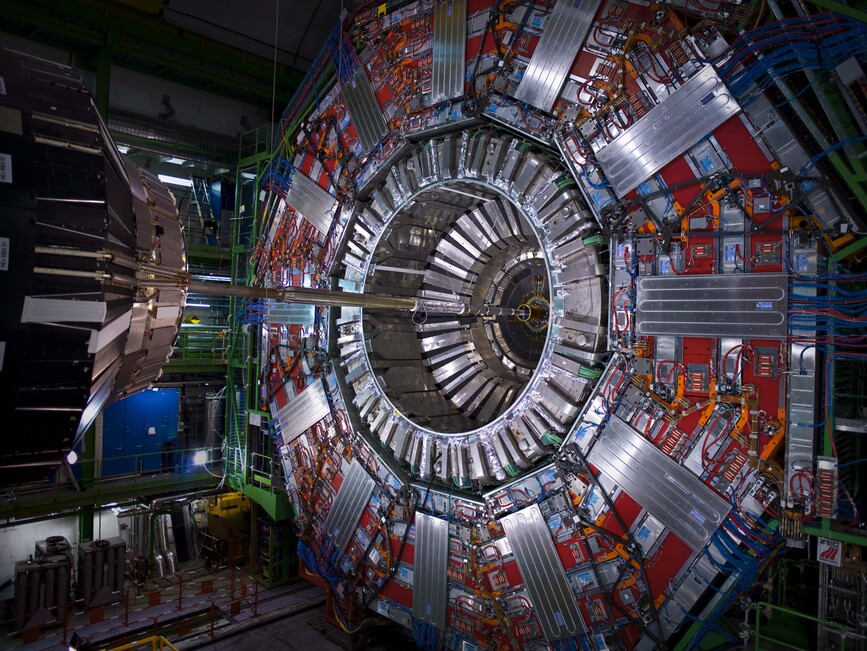 This year’s edition of the annual “Large Hadron Collider Physics” conference (LHCP2020) was one of the first opportunities for the LHC Collaborations to present their newest results to a large audience. As a consequence of the Covid-19 crisis, other traditional conferences that were foreseen for the first months of the year had to be canceled, and LHCP2020 was one of the first examples in the field of a large conference being entirely held remotely via video conferencing tools and chat rooms.

In preparation of this conference, the CMS Collaboration released more than 20 new studies, most of them based on data collected during the Run 2 of the LHC (2015-2018). The priority remains the search for new phenomena (particles and interactions) beyond those predicted by the current theoretical description in the “standard model” of particle physics. This search can either proceed directly by looking for indications for the production of unknown particles in the collisions, or indirectly by a detailed comparison of precision measurements of known processes and particles with the predictions of the standard model.

HEPHY physicists are performing multiple studies in both areas. In time for LHCP2020, a new result of a direct search was obtained that targets signatures from supersymmetric partners of the top quark. These hypothetical particles (called top squarks) can decay to neutralinos, viable candidate particles for dark matter,  and the well known top quarks from the standard model. Top squarks play a crucial role in mitigating the so-called hierarchy problem, which exposes the Higgs boson mass in the standard model to unnaturally large quantum corrections. Because the neutralinos can not be detected directly, the challenge is to find indirect hints of their existence in events that otherwise resemble the background from production of pairs of top quarks.

With new analysis techniques, specifically developed for the full data set of an integrated luminosity of 137/fb (corresponding to some 10 quadrillion proton-proton collisions), the limits on the masses of such particles could be significantly raised to 1.4 TeV (equivalent to the mass of 1500 protons) for specific models predicting events with two leptons (electrons or muons).

The excluded rate of signal events is six orders of magnitude below the production rate of the top quark pairs. Beyond this concrete step forward, the result is particularly relevant in combination with complementary results in other lepton final states. Taken together, the top squark search results are an important input to the full characterization of the TeV scale.