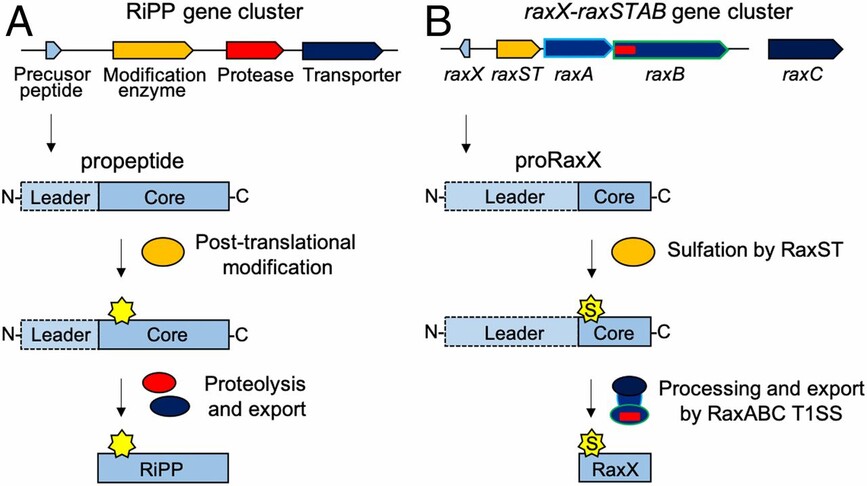 RaxX is produced by the pathogenic bacteria Xanthomonas oryzae which causes rice blight disease. Rice plants with a functional XA21 immune receptor are resistant to the disease. To understand the molecular basis of this resistance, Katarzyna used microscale thermophoresis to show that the sulfated form of RaxX binds XA21 with a more than 12-fold higher affinity than the non-sulfated form, indicating that the sulfated form is responsible for initiating an immune response.

Researchers in Pamela Ronald's lab at UC Davis performed further work to determine how the bacterium produces, sulfates, and secretes RaxX. This work led them to conclude that RaxX is part of a previously unclassified group of peptides found in both prokaryotes and eukaryotes. Similar peptides have been shown to have diverse functions ranging from antimicrobial to anticancer activities.

Together, the work details the complete pathway RaxX takes from peptide production through receptor-binding to illicit an immune response.