Like humans and animals, plants defend themselves against pathogens with the help of their immune system. But how do they activate their cellular defenses? Youssef Belkhadir's lab at the GMI studies cell-surface receptor kinases, which plants use to recognize external chemical signals. However, most of the chemicals these receptors react to are unknown. Together with an international group of researchers led by Stefanie Ranf at the Technical University of Munich, Youssef's lab has helped identify a new class of bacterial molecules that trigger the plant immune system. 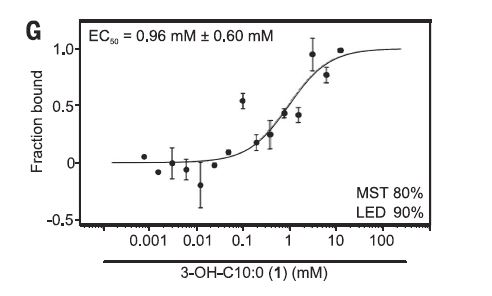 Until now, scientists have thought that plant cells - similar to those of humans and animals - recognize bacteria through complex molecular compounds found in the bacterial cell wall. In particular, certain molecules composed of fat and sugar, lipopolysaccharides or LPS for short, were suspected of triggering the immune response. Ranf's team had previously identified the receptor kinase that recognizes LPS: lipo-oligosaccharide-specific reduced elicitation, or LORE for short.

The 3-hydroxy fatty acids are very simple chemical building blocks compared to the much larger LPS. They are indispensable for bacteria and produced in large quantities for incorporation into diverse cellular components, thus making them attractive markers for recognition by the plant immune system.  In the future, these results could help in breeding or genetically engineering plants with an improved immune response. It is also possible that plants treated with 3-hydroxy fatty acids would have increased resistance to pathogens.