CMC Director Matthias Karmasin has been awarded the Cross of Honour for Science and Art 1st Class. Congratulations! 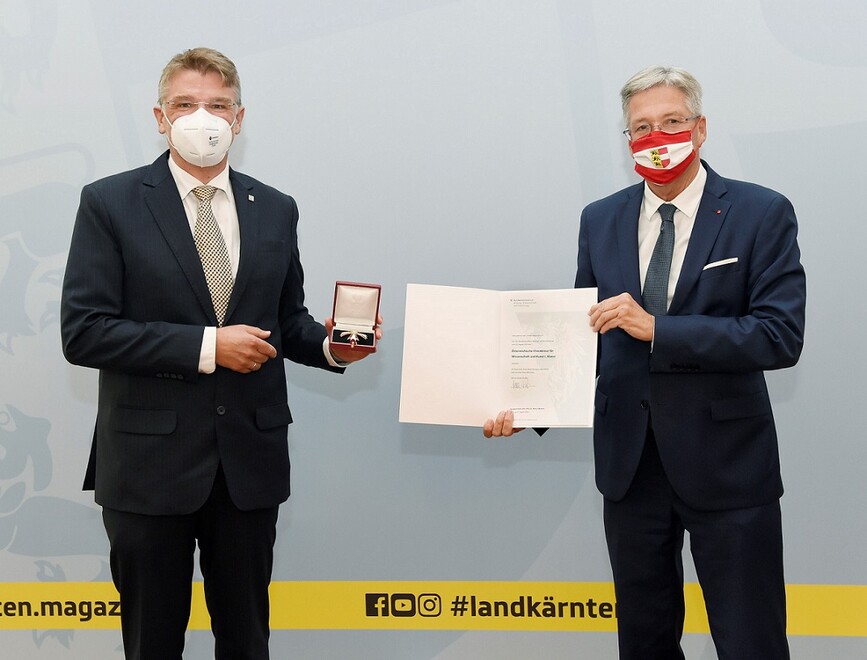 Matthias Karmasin was awarded the Cross of Honour for Science and Art 1st Class on October 27, 2020 by Carinthian by the Governor of Carinthia, Peter Kaiser, in a ceremony in Klagenfurt yesterday.

The honor is given by decree of the Austrian President in recognition of scientific or artistic achievements.

Furthermore, he holds functions in both academia and beyond, such as membership of the advisory board "Journalism Subsidies" of the Austrian Regulatory Authority for Broadcasting and Telecommunications - RTR, of the Publikumsrat [Audience Council] of the ORF - Austrian Public Broadcasting, or of the steering committee of the Austrian "Presseclub Concordia".