The concept of media accountability has originally been developed in the context of Western media systems. However, democratization processes around the globe have opened new spaces for media quality monitoring in countries formerly characterized by rigid press control. A new comparative study attempts to de-Westernize the debate about media accountability by offering a global view on recent developments. 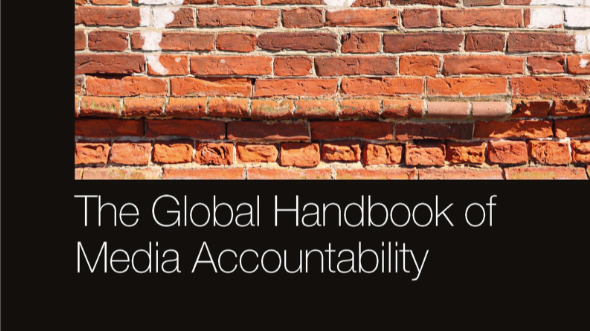 In the past decade, academic and professional debates about media accountability have spread around the globe. Fundamental shifts regarding the patterns of media use and the structures of revenue markets have made media and journalism more exposed to criticism from various stakeholders. While many “Western” media professionals have reacted to these challenges by new initiatives to showcase their credibility, policy-makers even in the “Global North” have tightened their grip on independent media and gradually weakened the concept of self-control. At the same time, ongoing democratization in many parts of the world, along with deregulation of media markets, have created a growing demand for media quality monitoring in countries formerly characterized by rigid press control. Concepts of media accountability have spread to emerging democracies via media assistance provided by the international donor community, pushing the issue on the agenda of many transformation countries.

But how far is the concept of media accountability really known and accepted outside the scope of democratic media systems? Which context factors influence the diffusion of media accountability beyond the Western world? Which alternative approaches to (self-)regulating media performance must be taken into account in a global assessment of the phenomenon? These and similar questions are at the center of the comparative research project presented in the Global Handbook of Media Accountability.

The findings show that the concept (and institutions) of media accountability have a ‘limited capability to travel’, as observed by Voltmer (2012) for media systems in general. Despite considerable influence of global processes – cross-country transfer of knowledge and resources as well as transnational dialogues among media professionals, media audiences, and media policy-makers – national policy-makers remain the decisive actors when it comes to shaping processes of media accountability. With the exception of Asia, we also observe regional clusters with regard to media accountability practices. Existing literature (e.g., Puppis, 2007) has described media governance as a continuum, from media regulation, to co-regulation, to professional self-regulation. However, this ‘liberal’ model, developed against the backdrop of established press freedom in Anglo-Saxon and Western European countries, does not accommodate the nuanced phenomena of media accountability our study – which includes numerous transformation countries – has portrayed. Instead, we find ‘media councils’ in countries with the tightest media control – clearly examples of ‘media capture’. We find media accountability instruments (MAIs) which are maintained by foreign actors, as media markets are too weak to sustain local initiatives. Co-regulatory practices and statutory councils are more common, but place media accountability at risk of being exploited for political purposes in countries marked by patrimonialism and clientelism. In the majority of our study countries, the political, economic, and sometimes technological context does not promote the development of a fully-fledged repertoire of MAIs. Also, the establishment of MAIs is not an irreversible process, as the example of Turkey demonstrates. Several Post-Soviet country reports show that if media accountability systems do not mature, there is a considerable risk of falling back into a state of media regulation. Traditional liberal models may also no longer fit to explain changing media ecosystems in Western countries.

The comparative analysis presented in the Global Handbook of Media Accountability not only explores context factors of media accountability instruments and practices which have developed in different (journalism) cultures. It also suggests eight models of media accountability suitable to describe non-Western contexts as well: the professional model, the company model, the public model, the dysfunctional professional model, the foreign donor model, the statutory model, the mimicry model, and the regulation model. With these and other findings, the book provides an invaluable basis for further research and policy-making. It will appeal to students and scholars of media studies and journalism, mass communication, sociology, and political science, as well as policy-makers and practitioners.