The Transformation of a Multi-Ethnic Middle Ground of the Euro-Mediterranean World | Patrick S. Marschner 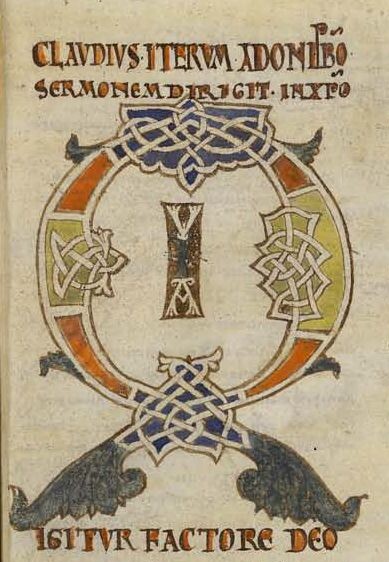 After the Arab-Berber invasion of the Iberian Peninsula and, in addition, the southern parts of Gaul, known as Septimania, Frankish-Carolingian campaigns and conquests headed towards the Pyrenees and beyond. One milestone for the establishment of the so called ‘Spanish March”, later early medieval Catalonia, was the reconquest of Barcelona by Louis the Pious in 801. Although the Carolingians deployed a native to govern there, count Bera, Frankish practices now shaped the political and religious organization of the ‘Spanish March’. The former dioceses of the ecclesia Tarraconensis assigned to the archbishopric of Narbonne and the Franco-Roman rite was introduced step by step. Integration into these Frankish structures also caused Frankish script (Carolingian minuscule) and textual heritage to influence progressively the literate cultures in Septimania and Catalonia. On the other hand, one cannot assume a quick and complete change from one literate culture to another. Instead, the transition from Visigothic to Carolingian writing culture must be understood as a process, which resulted in a long term hybridization of script in the region. Hence, the early ninth century marks the beginning of a hybrid (text) culture in Septimania and Catalonia, which is witnessed especially in the various styles of handwriting and the manifold Carolingian text transmission. Our FWF financed project investigates this Carolingian influence on Septimanian and Catalonian textual culture from the ninth to the eleventh centuries.

A fundamental basis for this research is the investigation of Septimanian and Catalan manuscripts, containing Carolingian textual material and/or offering hybrid scripts (with Visigothic as well as Carolingian characteristics). In addition to the already known testimonies, which are quite often easily accessible via the webpages of several libraries and archives, the project will also address a large number of up to now under-investigated, un-investigated or even unknown codices and fragments. Therefore, the pioneering work on these materials not only comprises the interpretation of the texts but also preliminary material observations on the texts and manuscripts and their palaeographical categorization.

An important tool for further research and, simultaneously, a result of the project will be the development of a database, containing the Carolingian textual material in Septimanian and Catalan codices. A broad range of organisational options within this database will allow diverse approaches to the relevant texts, codices, authors, libraries, and archives.

Currently, the research project focuses on three different text genres. Firstly, contemporary Bible manuscripts, as well as, secondly, liturgical and exegetical texts, which offer insights into the Carolingian impact on the religious transformation of the regions. Thirdly and finally, historiographical texts from these areas, which are strongly influenced by Carolingian knowledge. Furthermore, pastoral, penitential, exegetical, and hagiographical texts also found their way from the more central Carolingian regions into these peripheries.

Conspicuously, texts of, for instance, Alcuin, Paul the Deacon, Smaragdus of Saint-Mihiel, Amalar, Ado of Vienne, Hrabanus Maurus, Heiric and Haimo of Auxerre, Johannes Scotus Eriugena or the still less-known Luculentius can often be found in the manuscripts relevant for this project. Also, the Rule of St Benedict and the Aachen Rule for Canons appear frequently in codices from the regions. Finally, Einhart’s Vita Karoli combined with further items of Frankish historiography exerted a certain influence especially on the historiographical text production in Septimania and Catalonia. These texts and their partly altered appearance in the codices as well as kings lists and first drafts of own annalistic writing, which try to create a succession of rulers without gaps over these regions, bespeak the hybrid character of this middle ground.

In which ways was the textual material transferred towards the Pyrenees and beyond? How were the texts and knowledge, coming from long established Carolingian centres of scripture, altered and adapted to the regions’ specific constellations and requirements? By investigating these research questions, this project will shed new light on the Carolingian text culture in Septimania and Catalonia and on the transfer of knowledge and the literary reception of Carolingian material in these regions. Moreover, this research will illuminate processes of identification-building in this multi-ethnic middle ground that was ruled by Visigoths, Arabs, and Franks within one century and testifies to this transculturality and hybridity for several further centuries of text (re-)production.

TISCHLER, M. M.: From Disorder to Order: The Scientific Challenges of Early Medieval Catalonia for Twenty-First-Century Medieval Studies, in Disorder: Expressions of An Amorphous Phenomenon in Human History. Essays in Honour of Gert Melville, ed. by BREITENSTEIN, M. and SONNTAG, J., Münster/W. 2020, p. 93–140.