In a ceremony on 28 May 2015, a commemorative plaque was unveiled by Luisa Cifarelli, Chair of the EPS Historic Site Committee and former President of EPS, and Anton Zeilinger, the President of the Austrian Academy of Sciences, in front of the building in Boltzmanngasse 3, which was originally constructed for the Institute for Radium Research. The Institut Radiumforschung, founded in 1910, was the first in the field of nuclear physics. It was financed through a private donation to exploit the only known source of radium from a mine in St. Joachimstal now located in the Czech Republic. It had close connections to Pierre et Marie Curie in France and Rutherford in England and played an important role in establishing the international Radium Standard. Two Nobel Prizes were awarded for work carried out at the institute, to Victor Hess for the discovery of cosmic rays and Georg v. Hevesy for the radioactive tracer method.
The EPS Historic Sites Award http://www.eps.org/?page=distinction_sites commemorates places in Europe important for the development and the history of physics. The rationale for awarding the Institute for Radium Research is written on the commemorative plate installed in front of the building:

In 1910, in this building, the “Institute for Radium Research” of the Imperial Academy of Sciences was established and inaugurated as the first of its kind worldwide. Under Stefan Meyer, the new institute dedicated extensive research into the physical properties of the radioactive element radium.

The major contributions of Victor Franz Hess, the discoverer of cosmic radiation, George de Hevesy and Friedrich Paneth, inventors of the use of isotopic tracers in the study of chemical processes, as well as those of Marietta Blau, pioneer in nuclear-emulsion detectors, and of Karl Przibram, leader in radiation-induced luminescence and colour change of glass and minerals, were achieved here.

More information can be found in a article by Peter M. Schuster published in Europhysics News 46 (2015) p. 4-5

Events around the unveiling of the commemorative plaque

A festive ceremony was hosted by the two institutes of the Austrian Academy of Sciences currently working in the building, the Stefan Meyer Institute for Subatomic Physics [SMI] and the Institute for Quantum Optics and Quantum Information Vienna [IQOQI Vienna]. After the opening by the two directors, Eberhard Widmann of SMI and Caslav Brukner of IQOQI Vienna, a brief description of the history of the Institute for Radium Research was given by Peter M. Schuster, Chair of the History of Physics (HoP) Group of EPS. His talk was followed by short speeches of Martina Malyar, Chairman of the 9th district of Vienna in which the institutes are located, Luisa Cifarelli and Anton Zeilinger. The event ended with visits to the laboratories of the two institutes.

A celebratory colloquium followed at the headquarters of the Austrian Academy of Sciences. Maria Rentetzi from the National Technical University of Athens gave an overview on the history of the Institute for Radium Research, and Luisa Cifarelli described the EPS Historic Site program. A keynote lecture was given by Gerald Gabrielse from Harvard University. He talked about precision experiments studying the properties of elementary particles and antiparticles, which is one of the forefront research activities in modern subatomic physics.

Videos from all speeches of the afternoon:  https://phaidra.univie.ac.at/detail_object/o:399568 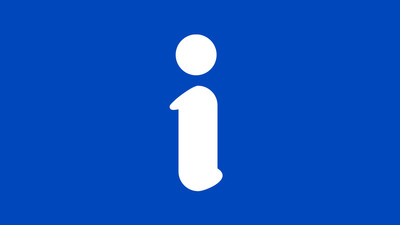 Due to the preventive measures taken by the Austrian Government to contain the coronavirus, the Austrian Academy of Sciences (OeAW)...