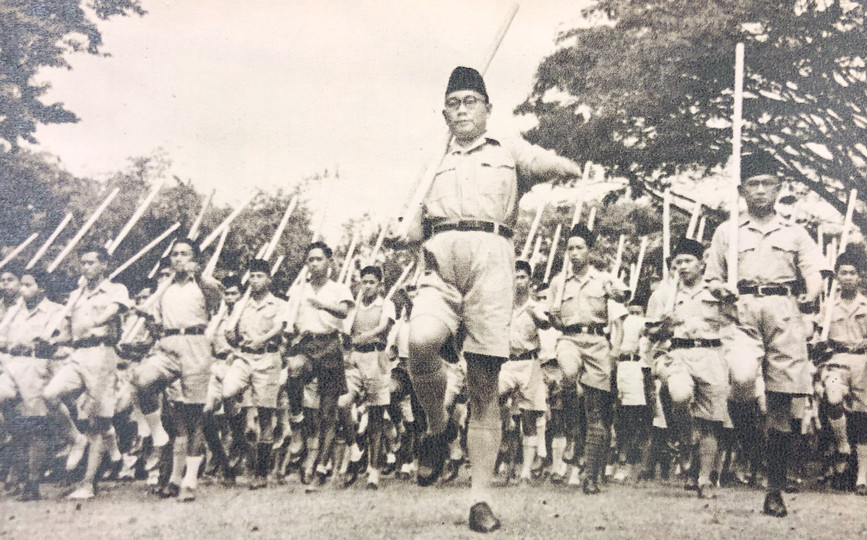 In this lecture I wish to make sense of the apparent contradiction of calls for jihad under the auspices of the Japanese empire during its occupation of Java from March of 1942 to September of 1945. Why were Indonesian religious figures and national heroes such as K.H. Mas Mansoer (d. 1946) so visibly supportive of the military administration? And why is this so seldom remembered? As I hope to explain, Japan had both figured in the modernist Muslim imagination for decades, while advocates of southern expansion had thought about how to mobilise national sentiment by downplaying the ultimate vision for a Greater East Asia without an independent Indonesia even as they stressed the defence of homeland. Certainly, how this collaboration played out and was then elided in the national story is worth rethinking, particularly in terms of the imagining of a "Malay" world, and I would stress that Indonesia -- as the intersection of pan-Islamic and pan-Asian imaginaries -- should figure more prominently in studies of Japanese policies regarding Islam in Asia or yet anti-Westernism.