Inside the data jungle

Computer models can predict the course of pandemics. If they are interpreted correctly. 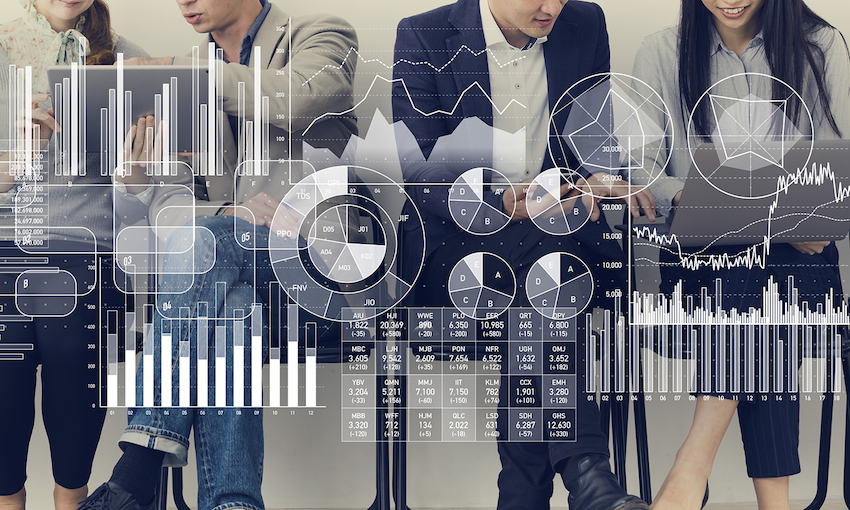 Computer models provide guidance: How do pandemics spread and how can they be stopped? How do we master the upcoming energy transition? A team of researchers from the Institute of Technology Assessment (ITA) of the Austrian Academy of Sciences led by Anja Bauer (Alpen-Adria-Universität) has analysed the role of computer models in policy advice.

Big data applications can take huge amounts of data into account. This should, ideally, lead to more accurate predictions of the future. "However, the widespread use of computer models in policy advice also raises many questions," says project leader Anja Bauer. "Does it make sense to only look for the most economically optimal solutions when Europe is modelling trade policy with Africa? Do computer models give policymakers the feeling that they only have to carry out the calculated 'optimal' decision, or do they provide them with enough information to decide on options for action themselves?"

Bauer and her team looked at trade policy, energy transition and nanotechnologies to gain insights into the diverse world of modelling and simulation and to show how scientific knowledge is produced and informs and legitimises policy.

What is the point of a free trade agreement?

"Macro-economic modelling started at the UN in the 1970s and has now become a fixture for trade policy evaluation," says team member Titus Udrea. "Models can have different roles: They can provide 'hard' numbers for policy decisions, or provide the basis for a greater debate." In the TTIP trade agreement, model predictions became a political pawn to argue for or against a certain trade policy. „The EU Commission also increasingly applies models only internally, without an external evaluation process," Udrea points out. "But how credible and legitimate is such modelling then?"

How do we manage the energy transition?

For Leo Capari, energy system modelling plays an important role in the reorientation of climate and energy policies: "The transition from fossil and nuclear to renewable energy sources presents us with new challenges. Energy system models provide scenarios for how we will have sufficient and cheap renewable energy available in the future while ensuring there is  sufficient supply." Still, more transparency in the creation of the models is needed in order to improve the quality of policy advice: "Many modelling approaches are very difficult to conceive or can even be considered 'black boxes'," says Capari. This problem is also being noticed within the modelling community and Open Modelling initiatives are emerging with the aim of improving transparency and credibility of energy system modelling.

Nanomaterials as a challenge

What are the risks of nanomaterials? Daniela Fuchs has examined two modelling tools that integrate different models to make risk statements and recommend measures. Her conclusion: "The most important thing is that science and developers communicate clearly about what they know and what they don't know. Because in a field as complex as nanomaterials, uncertainty is an existing fact." The tools place high demands on developers, says Fuchs. "Not only do they require a large amount of data, some of which even has to be generated specifically for this purpose, but they also need expertise in the field of risk assessment in order to be adequately applied and interpreted." For the application, therefore, a corresponding translation is needed so that risk assessment can happen at all.

If we know what's in it, we can get more out of it

Project leader Anja Bauer concludes that computer models and simulations cannot be seen as neutral tools, but always have a political dimension. "This does not diminish their potential to provide useful orientational knowledge for political and societal debates, but requires a reflective approach in political decision-making processes and societal opinion-forming."