It is one of the oldest and best preserved mummies in the world: the 5,300-year-old ice mummy called Ötzi. 31 years after the sensational find in the Ötztal Alps, a newly published study concludes that the original explanation of how Ötzi was preserved does not fit with the most recent research. Conducted by a research team from Norway, Switzerland and Austria, the study was published in the journal "The Holocene". 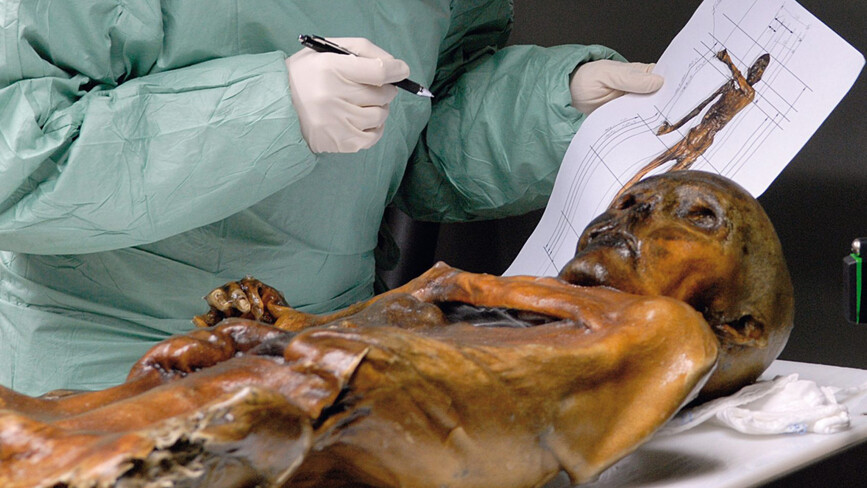 It was an invaluable find for science: at the end of September 1991, two mountaineers stumbled over a glacier mummy in a hollow on the Tisenjoch pass near the Italian-Austrian border. They discovered Ötzi, one of the oldest and best preserved glacier mummies in the world.

New work by archaeologists and glaciologists with the participation of the Austrian Academy of Sciences now shows that the original explanation of how Ötzi was preserved for so long has not stood the test of time, and that the official story of Ötzi must be rewritten. The results have now been published in the journal "The Holocene".

Original explanation does not stand the test of time

But first back to the beginning. Because one question stood out: how could the glacier mummy and the associated artifacts survive for so long? The Austrian archaeologist Konrad Spindler provided the original explanation for this. In his view, Ötzi had escaped to the pass in the fall with damaged equipment and then froze to death in the snow-free ravine where his remains were found. The body and associated artifacts were quickly covered by ice and later rested under a moving glacier until the finds melted again in 1991.

The preservation of Ötzi is also used as evidence for the sudden cooling of the climate around the time of Ötzi's death. "When he was discovered, Ötzi was a surprising and remarkable find, from which we learned a lot about the history of people in the high mountains. Today we can learn a lot about climate change from the find," says Andrea Fischer, glaciologist at the Institute for Interdisciplinary Mountain Research of the Austrian Academy of Sciences. Because 31 years later, Fischer and her international colleagues come to new conclusions regarding the circumstances of the find and the climatic changes.

Ötzi did not freeze to death where he was found

The most important findings of the new study: Ötzi died in the snow in early spring or summer, not in the fall. The mummy and artifacts later melted into the basin in which he was found. So, he did not die there. Ötzi and his artefacts were repeatedly uncovered by melting processes in the 1,500 years after his death and perhaps even later. Contrary to previous assumptions, he was not immediately and permanently buried under ice.

New research also suggests that the damage to Ötzi's artifacts is similar to that found at other post-Ice Age archaeological sites. This means the damage was likely due to natural processes at the site and not a conflict or fight. The history of the ice at the site shows that, contrary to what the scientific literature claims, it is unlikely that a glacier moved there after Ötzi's death. What's more, there is no clear evidence of a sudden and drastic cooling of the climate at the time of Ötzi's death.

Chances for more finds due to melting glaciers

"We now understand better how high-altitude ice fields influence archaeological sites and finds," glaciologist Fischer from the Austrian Academy of Sciences says. Since the discovery of Ötzi in the early 1990s, both glacial archaeology and glacial know-how at find spots have developed significantly.

This reassessment puts the Ötzi find in line with the usual circumstances for Holocene archaeological finds. The chances of preservation and discovery of more ice mummies could therefore be higher than previously assumed – after all, no natural disasters, such as a sudden cooling of the climate, are necessary for the preservation of such a find, according to the researchers from the Austrian Academy of Sciences, the Graubünden Archaeological Service, the Norwegian University of Science and Technology, the University of Bergen and the Oppland County Administration in their publication.