From April 21st to 22nd, the 15th Microsymposium took place. This time, in the virtual space of the Vienna BioCenter. 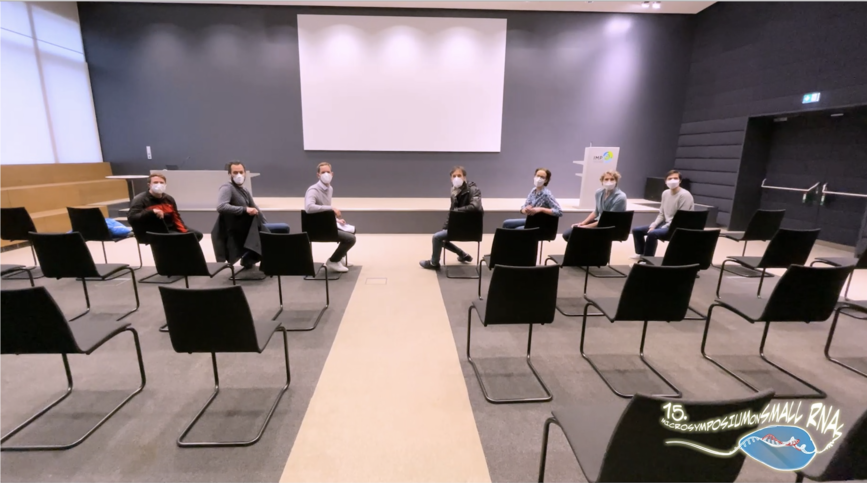 The Microsymposium on small RNAs was founded at the Vienna BioCenter in 2006 and has since established itself into one of the major small RNA meetings across Europe. It is jointly organized by the research institutes IMBA, IMP, GMI and the Max Perutz Labs.

Attendees were taken on a virtual tour around the Vienna BioCenter, and then a tour of the beautiful city of Vienna, visiting each session chair’s favorite spot. You can relive the experience of the opening video by watching it on YouTube.

Eric C. Lai, a four-time presenter at the Microsymposium and attendee this year, even contributed an RNA song composed specifically for the closing of the Symposium and delivered a stunning live performance. You can listen to the song on Soundcloud.

Each year young scientists, junior and senior group leaders alike, as well as biotech companies from around the globe convene at the Microsymposium to discuss their latest findings in the exciting field of small RNAs. Each session at the 15th Symposium attracted a large attendee number, which reflected the over 500 registrations from all over the world. Also in the social media universe Microsymposium generated plentiful reactions – close to 300 posts were made with the official event hashtag #microsymposium2021. Networking and lively exchange between attendees was encouraged with virtual “meet the speakers” sessions, and dedicated networking sessions for attendees as well as a PhD networking session.

In addition, ten PhD participants were invited to present their research and the attendees voted for their two favorite talks in this category. We wholeheartedly congratulate this year’s winners, who are: