Machines have prejudices too - uncovering structural inequalities in technologies and gender equality are the focus of Allhutter's work. 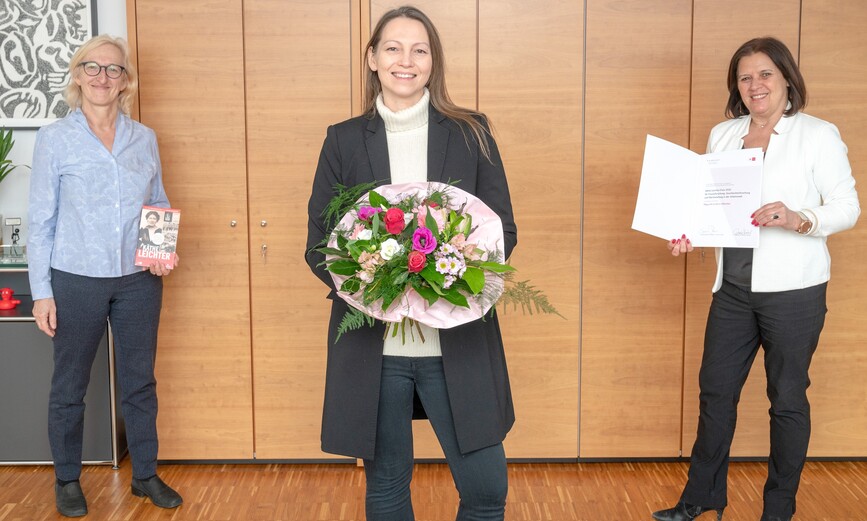 Doris Allhutter, who holds a doctorate in political science with a focus on science and technology research, was awarded the Käthe Leichter Award of the Austrian Chamber of Labour (AK) for her research on social ideas in information systems. Her work circles around the question of how technology development and use help shape social conditions.

"It is a great honour to stand in a line of great women who have received this award. Women and gender researchers such as Regine Bendl, Sieglinge Rosenberger, Helga Amesberger, Brigitte Halbmayr or Nikita Dhawan were and are important pioneers for equality and anti-discrimination," said Allhutter.

Technological development as a mirror of social inequalities

Especially in this era of increasing digitalisation of all areas of life, structural inequality would often hide behind promises of rationality and neutrality of technology. "Therefore, I am very pleased to receive this award for my research on gender-technology relations and the inscription of social inequalities in information technologies."

“The Käthe Leichter Award aims to bring attention to women who show how the importance and value of the women's perspective in science and research. A larger number of women in these fields adds new qualities and has a role model effect for young women and girls", emphasised AK President Renate Anderl on the occasion of the award ceremony.

An unfair algorithm for the unemployed

Doris Allhutter has just presented her research results on bias in machine learning. In November, a study on the controversial AMS algorithm developed for the Austrian job market was published in cooperation with ITA researcher Astrid Mager and the Vienna University of Technology.

Interview: How do machines get street smart? (German)

How fair is the AMS-Algorithm