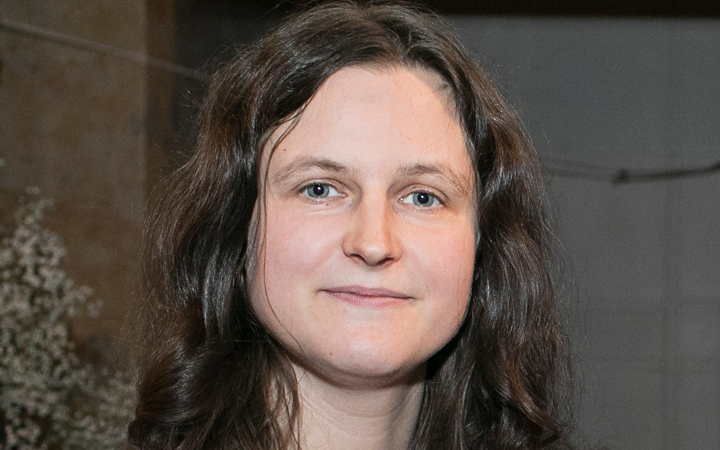 Dr. Czedik-Eysenberg's work focuses on recognizing fungal infection in plants prior to the onset of visible symptoms.  Roughly 800 million people world-wide suffer from malnutrition and nutrient deficiency, a causative factor in 45% of the deaths in children under 5.  Fungal infection leads to yield losses of at least 125 million tonnes across the five most important crops: rice, wheat, corn, potato, and soy - enough food to feed 600 million people.

Work in the Djamei lab focuses on understanding the molecular interactions that allow fungi to infect plants.  Dr. Czedik-Eysenberg studies the interaction between the fungus Ustilago bromivora and the model grass Brachypodium. The fungus infects the grass during early stages of its development but symptoms appear only much later.  Despite the lack of obvious visible symptoms, she found that quantitative measurements of the size and phenotypes of the plants allowed her to distinguish plants that would eventually develop visible symptoms from those that don't. With other members of the Djamei lab, she developed a phenotyping chamber that could semi-automatically perform these measurements and predict whether a plant will or will not develop symptoms.

According to Dr. Czedik-Eysenberg, "In the future, I hope to gain a deeper understanding of the mechansims triggered early in the response to infection.  With our phenotyping chamber, I will be able to predict which plants will develop symptoms and study those in particular."