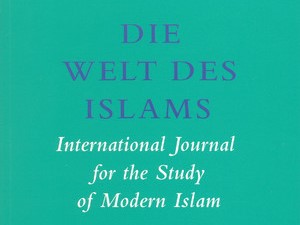 SALAFI ISLAM IN CAMBODIA: INSTITUTION BUILDING, TRANSNATIONAL NETWORKS AND PATTERNS OF COMPETITION IN A MUSLIM-MINORITY CONTEXT

After the departure of the United Nations and the restoration of the monarchy in 1993, Cambodia’s Muslim minorities became an important hub of transnational Muslim networks and movements, including the Salafī movement, which is increasingly influential. This article will examine how Salafism has inserted itself into Cambodian society and what limits there may be to its continued growth. We argue that Salafis have gained their level of influence in Cambodia because of their particular strategy for establishing religious authority. This is based on the ostensible purity and superiority of the Salafī message. The Salafīs’ appeal to Cambodian Muslims also has been magnified by their links to the Arabian Gulf, which represents an imaginary and ideal place in the minds of many Cambodian Muslims. Furthermore, the economic resources provided by a Kuwaiti charity have enabled Salafīs to build a vast network of boarding schools all over Cambodia that provide competitive education by teaching both religious subjects and the Cambodian national curriculum. In so doing, Salafīs have successfully connected their religious ideas to the pursuit of worldly knowledge, development and social mobility. Yet, there is also considerable resistance to Salafī Islam from those who consider it a foreign tradition that has no place among Cambodian Muslims. These are often members of another proselytizing movement, the Dakwah Tablighi (Tablīghī Jamāʿat), or followers of the traditional Shāfiʿī madhhab. Both of these tend to regard Malaysia, with whom they feel a cultural and ethnic kinship, as a more suitable model for the kind of Muslim society that could be built in Cambodia rather than the Gulf Arab petro-states.