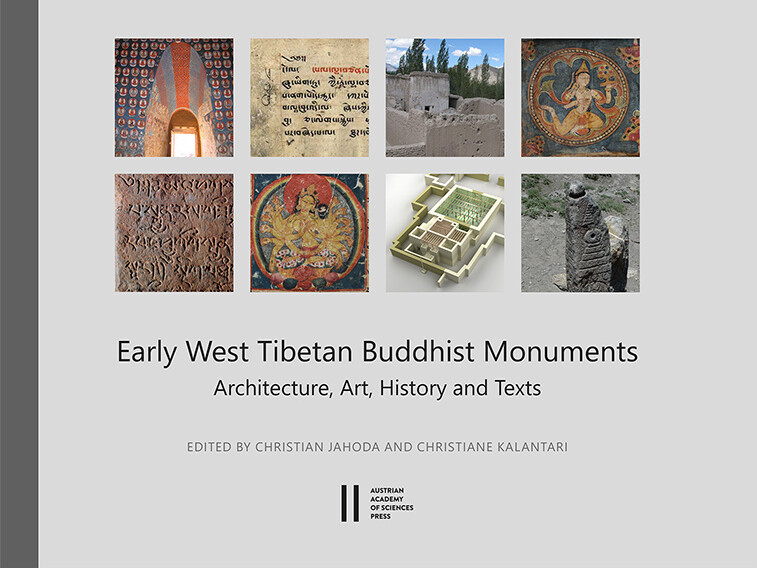 This edited volume with 16 original contributions is devoted to early, 10th–13th-century Buddhist monuments of historical Western Tibet. The results are, on the one hand, based on in-depth interdisciplinary field studies in Ladakh, Spiti, Kinnaur, Tsamda und Purang (today partly on Chinese, partly on Indian territory), on the other hand on the critical edition and analysis of hitherto unknown or inaccessible historiographical texts, among others of works by Guge Paṇḍita Drakpa Gyaltsen (1415–1486/98), which are dedicated partly to the foundation phase of the West Tibetan kingdom and the royal monk Yeshe Ö (947–1019), the leading religio-political figure in Western Tibet in the 10th/11th century. Preceded by an outline of macro-historical developments in Western Tibet from the 7th to the 15th century, the studies focus on the archaeology, architecture, art history and foundation phase of the monastery of Nyarma (10th century) (Ladakh), in addition on stelae in Purang and Tsamda dating to the 9th and 10th centuries, newly discovered murals at Tabo monastery in Spiti, illuminated Prajñāpāramitā MSS from Tabo and Pooh (in Upper Kinnaur), as well as wall-paintings and accompanying inscriptions in the Zhag cave temple (Tsamda) from the 13th century. This volume contributes significantly to the wider and deeper understanding of the religious, cultural, political and social developments of the entire West Tibetan language area, in particular during the formative phases of the West Tibetan kingdom from the 10th to the 13th centuries.