IMPERIAL CONTRACTORS AND THE GOVERNANCE OF OTTOMAN YEMEN, 1872-1919 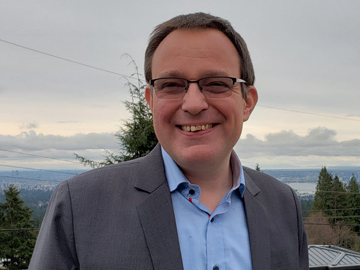 Drawing on primary sources in Ottoman, Arabic, and English, this talk examines the roles of Ottoman-Arab elites in the governance of Yemen from the Ottoman re-conquest in 1871-73 to the end of the First World War. Kuehn focuses on a type of elites that combined tax-farming with contracts for the provisioning of the Ottoman military, positions in provincial government, and military service. While these elites operated out of Hudayda, their activities were crucial for ensuring the Ottoman presence throughout the province. He is thus dealing with imperial contractors similar to those who were central to the governance of the Ottoman Empire before the 1830s (see especially the work of Dina Khoury, and Ali Yaycioğlu). However, historians have not considered these elites part of the repertoire of Ottoman governance during the final decades of the empire, thereby creating the impression that they had disappeared from the Ottoman political scene. The involvement of “pre-Tanzimat style” contractors in the running of a province reconquered in the 1870s allows us to re-evaluate dominant interpretations of late Ottoman governance. These insist on a trajectory from a differentiated empire toward a centralized state that increasingly relied on the homogenizing tools of governance associated with nation states.

Thomas Kuehn (PhD NYU, 2005; MSt Oxford, 1998; MA Freiburg, 1996) is an Associate Professor of History at Simon Fraser University in Vancouver-Burnaby, Canada. His work is concerned with governance, trans-imperial connections, culture, and social change in the late Ottoman Empire. He is the author of one monograph and numerous articles and book chapters, including Empire, Islam, and Politics of Difference. Ottoman Rule in Yemen, 1849-1919 (Leiden; Boston: Brill, 2011 [paperback: 2020]) and “‘We Know Nothing About Yemen!’ Ottoman Imperial Governance in Southwest Arabia and the Politics of Knowledge Production, 1871–1914”, Journal of Arabian Studies, 8(1) (2018), pp. 5-24.