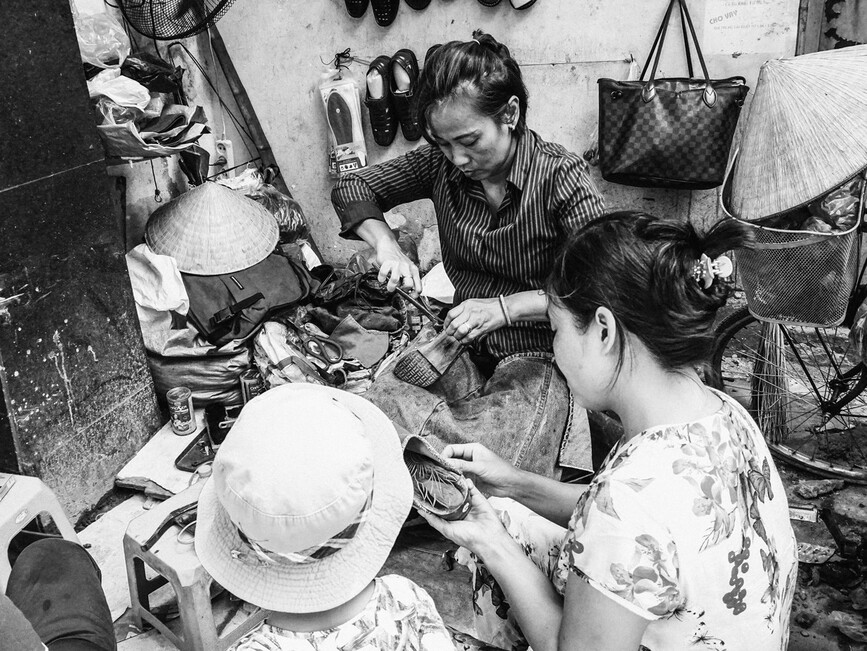 A blog-post by Daniela Paredes Grijalva appeared in the online portal of the Austrian quality daily Der Standard (derstandard.at), in the section "History of Austria" ("Geschichte Österreichs), on the occasion of the World Day Against Trafficking in Persons on July 30. Here is an English version of her text (originally published in German):

Human trafficking cannot be reduced to perpetrators and victims alone. There are structural problems shaping it.

Ideas and perceptions about trafficking in human beings are often shaped by stereotypical assumptions. When "typical" victims are thought of, images that are characterized by sensationalist journalism or the communication of aid organizations are likely to emerge. Here, victims are mainly portrayed as victims. However, on closer examination and if one focuses on the individuals and their stories, the complex intertwining of personal circumstances and structural conditions becomes visible.

How these are connected with each other can be investigated with what is known in research as an "intersectional approach". It is nothing new that, globally speaking, women and girls are most frequently affected by human trafficking, but we should not make the mistake of referring to trafficking solely on the basis of gender.

Roots in the US civil rights movement

Already in the 19th century, the feminist and anti-slavery activist Sojourner Truth drew attention to the different realities of women in the USA. She was followed by several outstanding thinkers of the black movement, who drew attention to the overlapping of forms of discrimination such as racialized (meaning a process of "racial" construction) belonging, class and gender. These include members of the civil rights movement Combahee River Collective such as Audre Lorde. At the end of the 1980s, the US-American lawyer Kimberlé Crenshaw coined the term intersectionality in order to distinguish the various forms of discrimination that function in combination.

This concept enables a holistic analysis of interwoven socio-cultural structures and identities. Using it we can recognize that the experiences of trafficked persons are not only related to their gender, but also to their skin color and how they are confronted with racist structures and thought patterns as racialized persons. Equally important is the access (or lack of access) to rights in a foreign country where there are language barriers.

It is also important to understand the historical development of these forms of discrimination. If this remains unnoticed and a sensationalist, criminalistic or charitable view is taken, we find ourselves in a historical vacuum.

For this reason, to understand this phenomenon in Austria it is first and foremost important to understand how colonial expansion created a global order within which exploitative working conditions can exist next to strongly protected employment relations in one and the same place. Thus, trafficking in human beings is not only about "evil perpetrators" and "naive victims", but also about a human rights violation that is deeply rooted in the global political economy. To this end, it is important to look at the Austrian-specific context from the perspective of human rights, trade, labour and migration law, whereby discrimination mechanisms must be considered across sectors.

Take the example of a domestic worker who comes from a non-EU country. Although she has formal access to labor rights, she is de facto dependent on her employer, for example with her residence permit. She also works in an area that is difficult to check and reluctant to be inspected: the private home. Because of their gender, origin and social class, these people experience physical and psychological violence more often.

Even workers, for example on construction sites, who are theoretically allowed to travel freely within Europe, often remain bound by exploitative working conditions if they are in debt to employers. To perceive them only as "strong" men completely ignores their economic dependence and vulnerable position as migrants

Trafficking in Persons is not an “imported” phenomenon

The fact that human trafficking is very often characterised by transnational relations does not mean that it is a purely imported issue. It is also important to consider, for example, Austrian participation in the industrial production of goods at home and abroad. In this respect, an intersectional view of human trafficking can provide us with information on regions of origin as well as transit and destination regions.

A concrete examination of the various forms of discrimination against persons affected by human trafficking says a lot about the structural violence experienced as well as about Austrian society and the European framework conditions in which this violence is embedded. The very disparate effects of the current corona crisis have made it clear how important it is to take a differentiated look at global phenomena.

Daniela Paredes Grijalva is a researcher at the Institute for Social Anthropology of the Austrian Academy of Sciences and her interests lie in migration, gender and environmental issues.