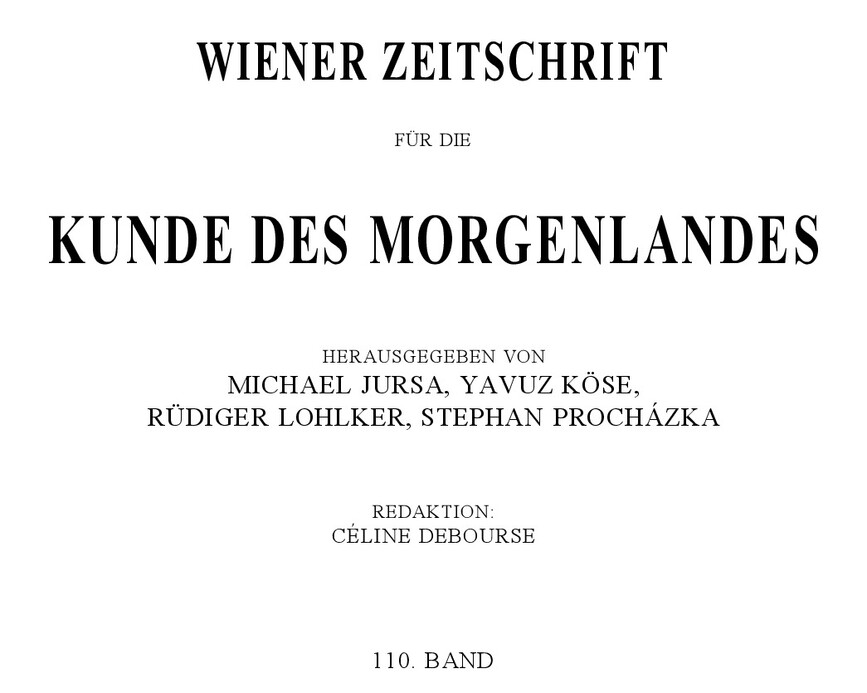 Abstract:
In the Yemen, agriculture has a very old history that can be gathered from the terms in use from pre-Islamic times until now. Of special interest in the language of the agriculturalists are for us the terms for fields, and there in particular the term ǧirba. It denotes a field mostly in the central highlands of the Yemen, where fields usually are parts of extensively terraced mountain-slopes. The focus is on the development of the meaning of the root ǧ-r-b, already in old South Arabian used for field-terrace, and the specialized meanings of the word – e.g. denoting a wall built from (roughly) hewn stones. Comments on the relations between irrigation and the use of the word ǧirba and social aspects of the use of the words and the fields complement the explanations regarding the word itself and establish a connection between pre-Islamic times and today.