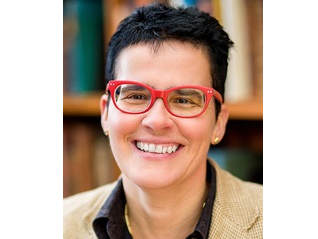 Rudolf Strothmann (b. 1877, d. 1960) played a pioneering role in the scholarly exploration of Shii Islam in Western, and in particular German, scholarship. Between 1910 and 1923, he published a number of pathbreaking studies on the Zaydiyya, consulting primarily the recently purchased collections of Yemeni Zaydī manuscripts in Berlin. At the same time, Strothmann began to delve into Twelver Shiism. During the later decades of his life, Strothmann primarily focused on various strands of Ismailism. Between 18 September 1929 and 10 May 1930 Strothmann embarked on his second trip to the Middle East, with stays in Sarajevo, Istanbul and Edirne, Damascus, Amman, Jerusalem, Cairo, Eritrea, Djidda, and the Yemen as his final and most important destination, where he spent some two months. During his time here (primarily Sanaa), Strothmann conversed with numerous local scholars, Muslim and Jewish, and undertook attempts to access manuscripts of works by Zaydi and Ismaili authors, with only limited success. The lecture will discuss the sources informing about Strothmann’s sojourn in Yemen and discuss his experiences in comparison with those of other European travellers to Southern Arabia during the period between World Wars I and II.

Sabine Schmidtke is Professor of Islamic Intellectual History in the School of Historical Studies at the Institute for Advanced Study, Princeton, NJ. Her research interests include Shiism (Zaydism and Twelver Shiism), intersections of Jewish and Muslim intellectual history, the Arabic Bible, the history of Orientalism and the Science of Judaism, and the history of the book and libraries in the Islamicate world. Her recent publications include Traditional Yemeni Scholarship amidst Political Turmoil and War: Muḥammad b. Muḥammad b. Ismāʿīl b. al-Muṭahhar al-Manṣūr (1915-2016) and His Personal Library (Cordoba 2018), Muslim Perceptions and Receptions of the Bible: Texts and Studies (Atlanta 2019, with Camilla Adang), and Oxford Handbook of Islamic Philosophy (New York 2017, with Khaled El-Rouayheb).