Experimental physicist Francesca Ferlaino was elected Fellow of the American Physical Society (APS) in September. With the Fellowship, the members of the Society honor outstanding scientific achievements of their colleagues. 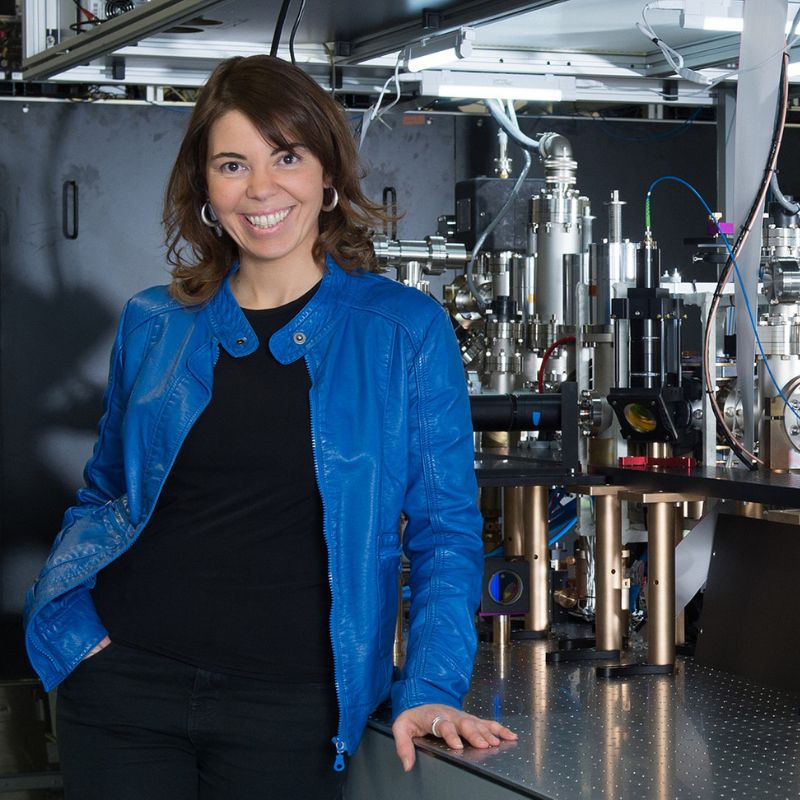 The American Physical Society (APS) has honored Francesca Ferlaino for “ground-breaking experiments on dipolar quantum gases of erbium atoms, including the attainment of quantum degeneracy of bosons and fermions, studies on quantum-chaotical scattering, the formation of quantum droplets, and investigations on the roton spectrum.” Only recently, the physicists led by Francesca Ferlaino, simultaneously with a German and an Italian team, discovered supersolidity in dipolar quantum gases. Ferlaino's outstanding work was just recently honored with the Junior BEC Award in Spain.