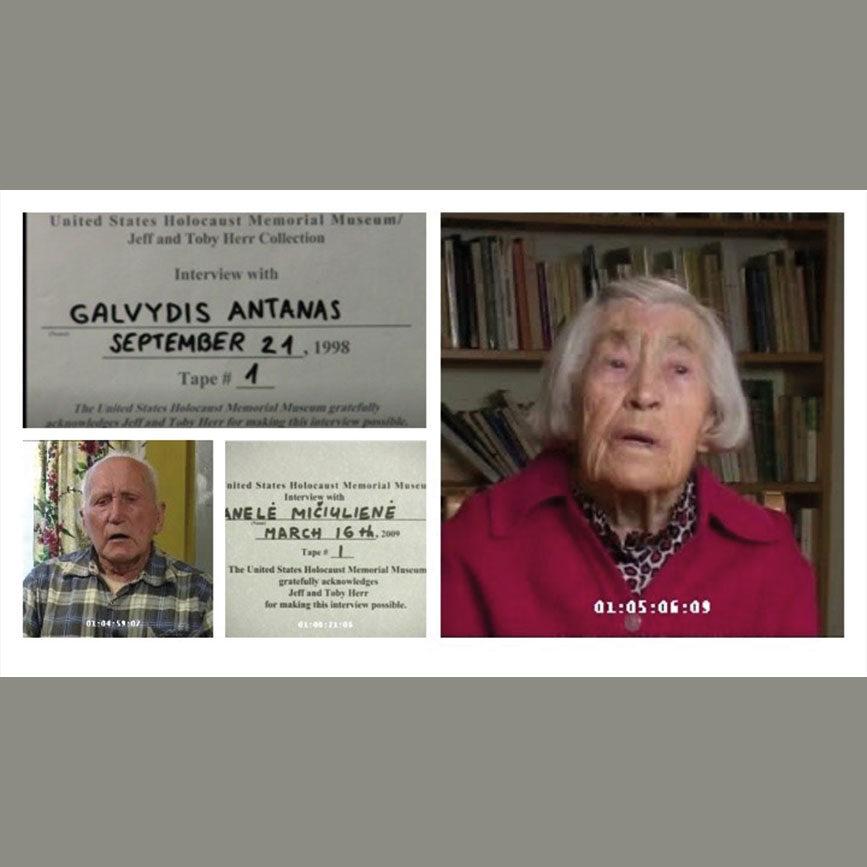 The outbreak of communal violence against Jews catalyzed by the German invasion of the USSR continues to raise controversy. Research on the testimonies of Jewish survivors and previously inaccessible Soviet archives have increased our understanding, but the perspective of non-Jewish eyewitnesses on the violence is less well known. This project surveys under-researched collections of audio-visual testimonies of non-Jewish witnesses to genocide in the provincial towns and villages of Lithuania. They diverge from mainstream narratives of the Second World War in their concern with local context, agency and individual accountability. While the memory of the Holocaust has been externalized under prior memory regimes, these testimonies may serve as an important resource for historical understanding and reckoning.

Violeta Davoliūtė, Senior Fellow at the Vienna Wiesenthal Institute for Holocaust Studies (VWI), Professor at the Institute of International Relations and Political Science, Vilnius University, Senior Researcher at the Lithuanian Institute of History, and the coordinator of the Horizon Europe Twinning project entitled Facing the Past: Public History for a Stronger Europe (2022-2025). A graduate of Vilnius University, she completed her M.A. and Ph.D. at the University of Toronto. A specialist in cultural memory and social trauma, she has published extensively on these topics with a focus on the Baltic States and East-Central Europe. In recent years she has been a visiting scholar at Imre Kertész Kolleg Jena, Yale University, EHESS, and Upsalla University.

Ljiljana Radonić is the vice-director of the Institute of Culture Studies and Theatre History of the Austrian Academy of Sciences in Vienna and heads an ERC project entitled “Globalized Memorial Museums. Exhibiting Atrocities in the Era of Claims for Moral Universals” there. She wrote her habilitation on World War II in Post-Communist Memorial Museums at the Department of Political Science at the University of Vienna. Her PhD dealt with the War on Memory. Croatian Memory Politics between Revisionism and European Standards, Frankfurt 2010.