Timok Romanian (also known as Vlach, Vlach Romanian; Serbian: vlaški, standard Romanian: română timoceană) is a variety of Romanian spoken in Eastern Serbia, South of the Danube. The members of the community call it rumîńașće, rumîńeșťe or, as a very recent development, ljimba Vlaha.

The speakers of the variety, the Timok Vlachs (standard Romanian: români din Timoc, români timoceni, vlahi, Serbian: Vlasi (severoistočne Srbije),Timok Vlach: rumâń, vlah́) are the majority population in around 170 rural settlements of Eastern Serbia, spread along the Mlava, Morava, Pek and Timok rivers (see Vorbar). Though the hydronym Timok inaccurately reflects the geographical location of the Vlachs, the name of the community, a Romanian creation coined in the first half of the 18th century, was subsequently perpetuated and is still used today.

Apart from Eastern Serbia, the language is also spoken by the same population inhabiting the neighbouring Northwest Bulgaria, though in much smaller numbers, as well as by large communities of Timok Vlachs settled in Western Europe (Austria, Germany, France etc.) and Scandinavia, starting with the 1960s (Schierup and Ålund 1986).

According to the 2011 census, Timok Vlach is spoken today by 43,095 people in Eastern Serbia who declared vlaški as their mother tongue. Members of the community though estimate the number of speakers to be around 200,000 (Durlić 2006: 10).

The discrepancy between official and unofficial data points to a low prestige of the language and social stigma of the community, most Timok Vlachs displaying a dual, contextual identity (Dimitrijević-Rufu 1998).

Eastern Serbia was characterized, since ancient times, by a continuous change of ethnic structure. However, the current ethnic composition of the region (see map) is due mainly to ethno-historical, political and economic factors of the 18th and 19th centuries. This is also the period when the Timok Vlach community formed, by successive migrations from north of the Danube (Weigand 1900). These spontaneous, unplanned dislocations of population took place partly during the Phanariot epoch, when entire villages fled over the Danube in search of a better life and free land (Djordjević 1906, Hedeşan 2004).

The persistence in the area of an autochthonous layer of Romanized population was also presented as a hypothesis. The Timok Vlachs have been considered a natural extension of the Romanian element North of the Danube, forming and evolving in a unitary way (Vâlsan 1912). Consequently, in the interwar period, the interest of the Romanian diplomacy was supplemented with the inclusion of the Timok Vlachs into the large group of “Romanians outside the borders”, who had to be protected, strategically prioritized and whose Romanian consciousness had to be revived. However, no Romanian schools have been opened here, unlike in other Balkan regions inhabited by Romance speaking populations.

Linguists classify Timok Vlachs into two main groups: the more numerous Ungureni in the West, in a region circumscribed by the rivers Morava, Crna Reka, Danube and Timok, who speak a varietyclose to the Banat dialect of the Romanian language, and Țărani in the East, in the Ključ and Negotinska Krajna areas, speaking a Romanian variety similar to that of Western Oltenia. The main difference between the two varieties is the manner of pronunciation of t, d followed by e, i, as well as of the affricates ĉ, ĝ (Pătruţ 1942, Petrovici 1942). This classification coincides with the perspective of most speakers.

The numerous Romanian archaisms, on the one hand, preserved through the marginal position of the variety and scarce contact with standard Romanian, and the intense lexical borrowings from Serbian (the official state language), on the other hand, have granted this variety a specific profile (Neiescu, Beltechi and Mocanu 2006, Petrović-Rignault 2005, Sikimić 2005), but also a low prestige, both with the ingroup and with the outgroup, being restricted to family communication until recently. The feeling of inferiority and self-stigmatization of this variety in comparison with standard Romanian has been recorded already in the first Romanian descriptions and reports on the community and their language (Giuglea 1912, Vâlsan 1912), which also documented the lack of rights of the speakers and attempts at language assimilation. Not even today is the use of Timok Vlach in the region regulated at state level (nor that of standard Romanian, for that matter).

Similarly, Vojvodina Romanian, the other Romanian non-dominant variety of Serbia, spoken in the Autonomous Province of Vojvodina and characterized by a low degree of autonomy towards standard Romanian, is learned and used at home and in everyday communication, while the standard variety, acquired in school and deliberately used in the media, is one of the six official languages of the province (Huțanu and Sorescu-Marinković 2018: 238).

The indices of differentiation of Timok Romanian from standard Romanian are mainly lexical and phonological, but also grammatical and pragmatic, which leads to a bigger awareness of the differences, rather than of the similarities between the two varieties, and re-enforces the feeling of division. This divergence is acknowledged by the engaged members of the community, but evaluated differently according to their ideological beliefs: the reintegrationists consider the vernacular a variety of Romanian, brought to Serbia by the Romanian colonists or migrants, which then developed in a Slavic environment, while the independentists support of the indigeneity theory and regard their vernacular as a separate language from Romanian (Huțanu and Sorescu-Marinković 2018). This latter faction is also the social actor behind the recent efforts towards language standardization.

Starting with the year 2000, several writing systems have been proposed for Timok Vlach. One of them, which maintains the digraphia specific to Serbian, using both Cyrillic and Latin, was adopted in 2012 by the Vlach National Council as the official Vlach script. The norms of Timok Vlach (ljimba Vlaha) are described in the first grammar of this variety, written in Serbian, as well as in several dictionaries. In the last 15 years, the Gospel was translated into Timok Vlach, anthologies of fairy tales, nursery rhymes and school children literary creations were published. Textbooks for teaching and learning Timok Vlach were printed, and in 2013 the language was introduced in a few schools of Eastern Serbia as an optional subject: Vuorba šî kultura Vlaha (Manovich 2014, Huţanu and Sorescu-Marinković 2015). In 2015, the Vlach National Council passed the resolution for the standardization of Vlach language. In spite of this, the variety still has no official status in Serbia. The last few years have though seen the rapid emergence of a new domain of communication in Timok Vlach, made possible by the new media: social networks, internet sites, forums or blogs, online newspapers (Sorescu-Marinković and Huțanu 2019).

Manovich, Diane (2014): Folk Linguistics and Politicized Language: the Introduction of Minority Language Education for the Vlachs in Serbia (submitted to CEU Nationalism Studies Program in partial fulfilment of the requirements for the degree of Master of Arts), Budapest (http://www.etd.ceu.hu/2014/manovich_diane.pdf).

Schierup, Carl-Ulrich; Ålund, Aleksandra (1986): Will They Still Be Dancing? Integration and Ethnic Transformation among Yugoslav Immigrants in Scandinavia. Department of Sociology, University of Umeå, Sweden. 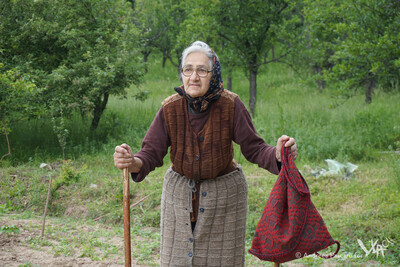 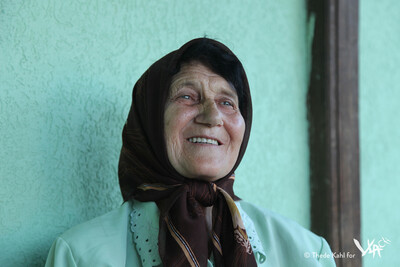 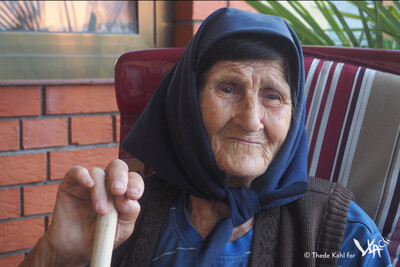 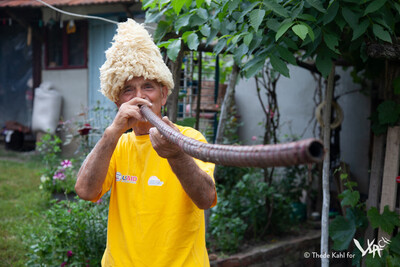 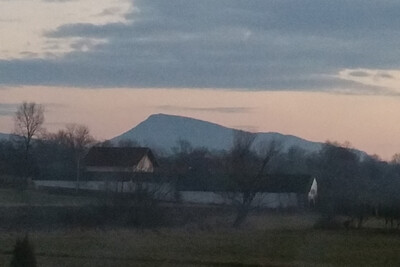 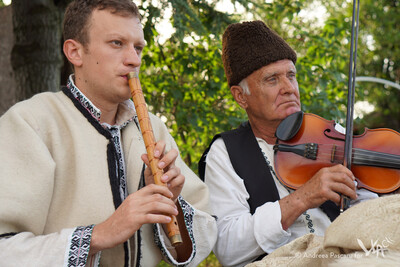 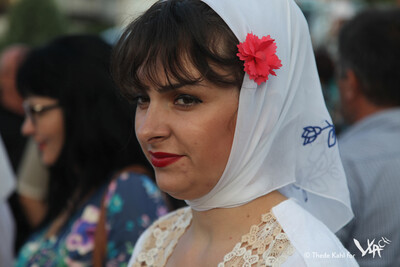 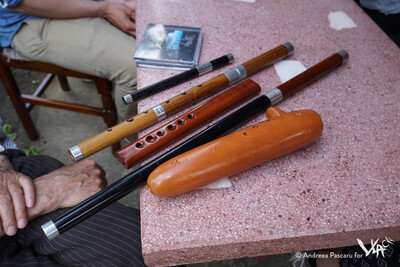 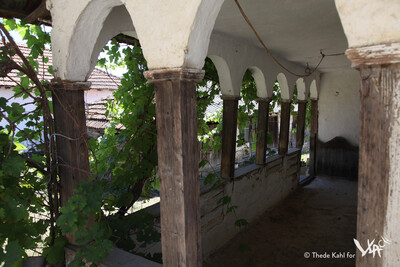 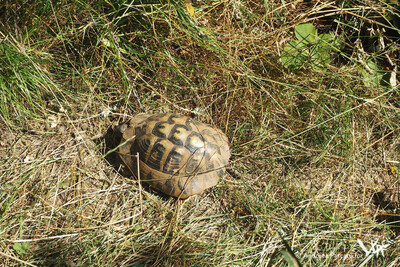 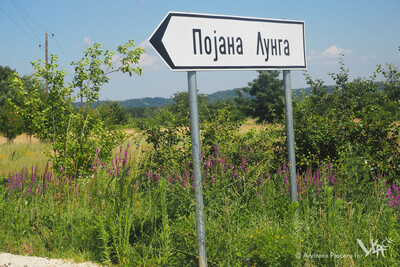 Introducing yourself in Vlach [audio materials]