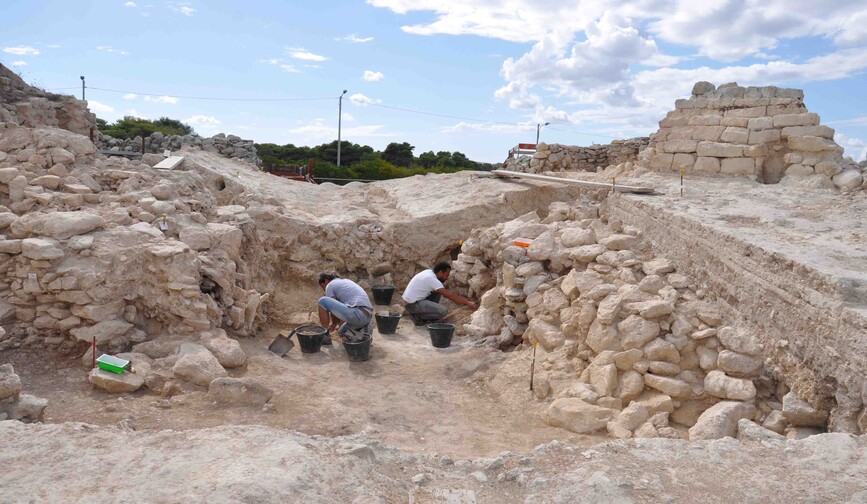 At some point, during the second half of the 14th century BC, many of the Apulian walled sites dotting the Ionian and Adriatic coastline yield clear evidence of destroy by fire. In the case of Roca Vecchia (Lecce, Italy), the investigation of the massive fortification wall unexpectedly allowed to document some extraordinary testimonies of the event of war preceding that tragic end. Nowadays the recent excavation of the complete vertical stratigraphy in the area of the Monumental Gate offers the opportunity of reading the archaeological sequence of the following Recent Bronze Age phases thus trying to shed more light on this story.

About 75km further North, the very recent discovery of a cremation cemetery nearby the long-lasting fortified settlement of Torre Guaceto, and in the area of both the Middle Bronze Age walled site of Scogli di Apani and the rock-cut chamber tomb of San Vito dei Normanni, offers the rare chance of investigating the way funerary practices and material culture changed in the region starting from the late 14th century BC.