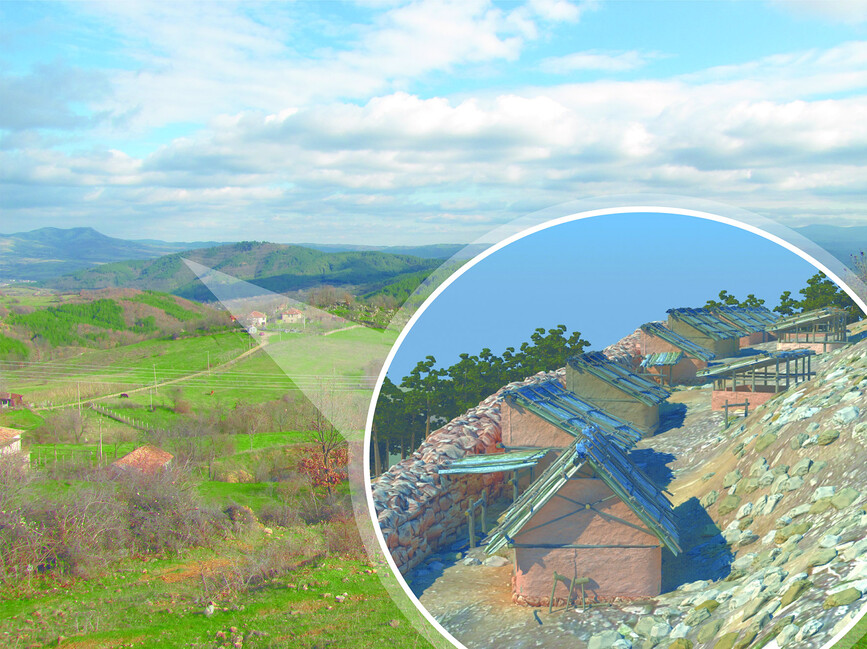 The spectacular discovery of the so far only known gold mine in European prehistory at Ada Tepe in the Eastern Rhodopes led to long-term rescue excavations by Hristo Popov and his team from the Bulgarian Academy of Sciences (NIAM-BAS). Besides mines, waste heaps, mining areas and workplaces, two settlements were discovered dating to the Late Bronze and Early Iron Age. In order to investigate this extensive set of data in an interdisciplinary way, an international cooperation between the Bulgarian and Austrian Academy of Sciences was established within the framework of the project “Bronze Age Gold Road of the Balkans – Ada Tepe mining” (led by Barbara Horejs, Austrian Academy of Science, Institute for Oriental and European Archaeology, founded by the FWF, project no. P28451).

The presentation summarizes the doctoral thesis by Laura Burkhardt, which was embedded in the project and whose main aim was to record and analyse the findings from the settlement on the north-eastern terrace dating to the Late Bronze Age.

Beginning on a small regional level, the results of the spatial and functional analysis of the Northeastern Settlement are outlined, where activity zones and functional clusters within the settlement provide insights into strategies and practices of the everyday life of the miners. Combined with detailed contextual analyses of architecture, stratigraphy and find ensembles this provides conclusions about the organisation of the gold-mining society on the Ada Tepe and the socio-cultural context.

Subsequently, these results will be integrated into a wider regional and cultural-historical context in order to identify the role of gold miners, as specialists in their field, on a local as well as on a supra-regional level. Comparing material culture, pottery and everyday practices with surrounding regions, conclusions can be drawn about the socio-economic implications of the Ada Tepe gold mine in the Late Bronze Age setting of the Southeast Balkans.