The Kopilo cemetery in central Bosnia is one of the most significant finds in the Balkans in recent decades. Discovered by archaeologists from the Austrian Academy of Sciences and from Bosnia-Herzegovina, it proves that burial customs in the Bronze and Iron Ages in Europe were inconsistent. Besides cremation of the dead, inhumation was still practised. Recent investigations of the graves indicate a high child mortality rate in the prehistoric period and brought to light completely new forms of jewellery as burial gifts. 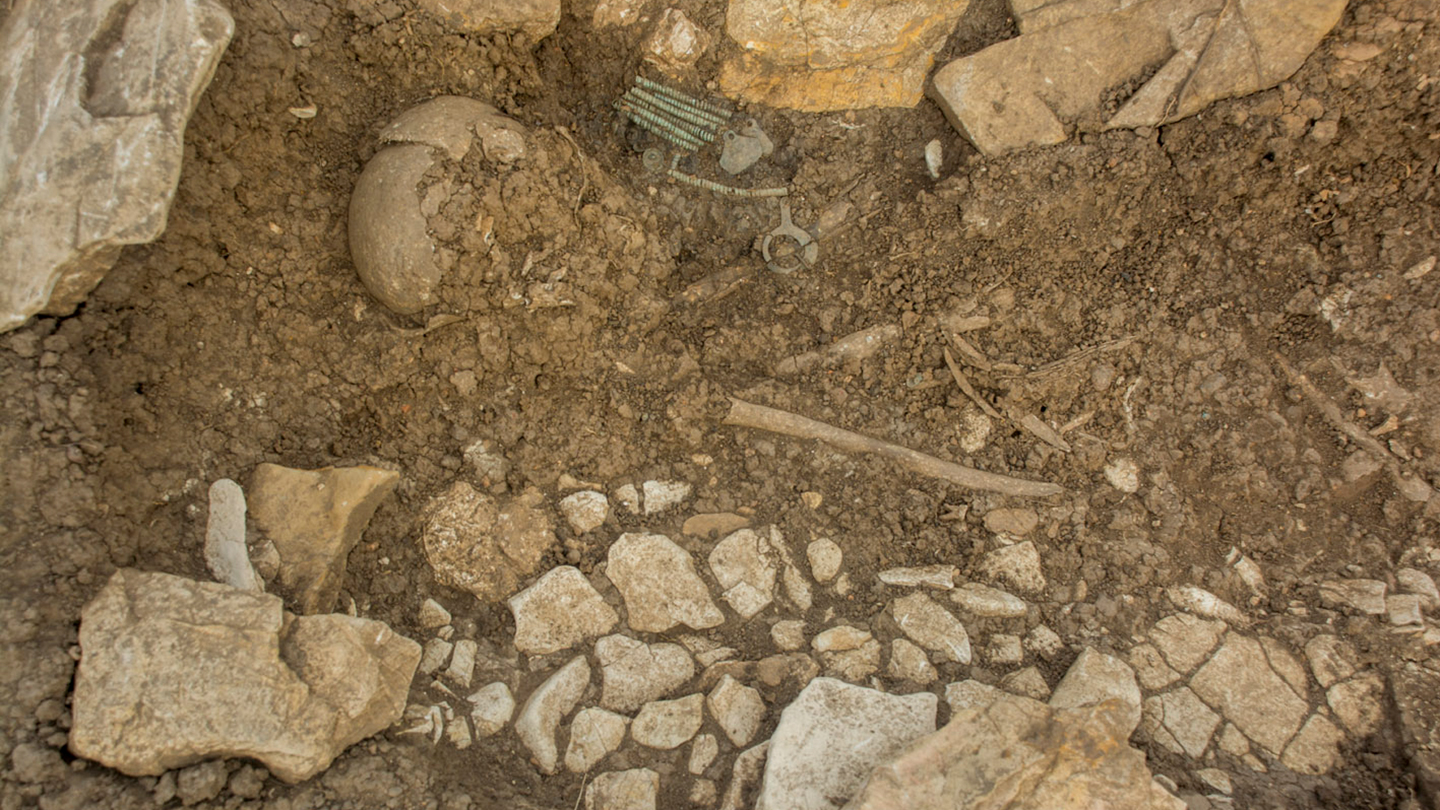 In the archaeological world, the Late Bronze and Iron Ages (ca. 1300-100 BC) in Bosnia-Herzegovina are best known for impressive metal finds, such as the bird chariot from Glasinac, now on display in the Natural History Museum in Vienna. They originate from a culture that covered present-day Bosnia with a dense network of well-fortified hilltop settlements. However, knowledge about the burial customs of this population group has been patchy so far.

This makes the findings of a research team from the Austrian Archaeological Institute of the Austrian Academy of Sciences (OeAW) and from Bosnia-Herzegovina at the Late Bronze Age and Iron Age site of Kopilo, which lies about 70 kilometres west of Sarajevo, all the more significant. This is due to the fact that, while in most parts of Europe the dead were cremated at that time, the Western Balkans belonged to those regions where the burial of bodies continued to be practised. The grave finds provide new insights into the way of life of the people of that time. In 2021, the Austrian-Bosnian excavation team succeeded in locating the necropolis of the hilltop settlement of Kopilo and uncovering the first graves. In 2022, the entire terrace on which the burial ground was located was systematically explored and extensively documented.

Communication networks as far as the lower Danube and Macedonia

Until now, the construction of the graves used was completely unknown: they were built of stone, often enclosed by an outer ring and each contained two to five graves. The burial ground was continuously occupied from the 11th to the 5th century BC. In total, the archaeologists discovered 46 graves with over 50 individuals of all ages. All the dead were buried in a lateral position with legs and arms slightly bent, the so-called sleeping position. A small vessel was often placed next to the head, intended for the afterlife.

The first anthropological analyses show that children in particular are disproportionately represented, which indicates a high mortality rate. The tombs contained objects such as vessels, bronze jewellery, iron weapons and glass beads. Women's graves had significantly more burial gifts with different types of jewellery. This also includes metal finds that prove communication with more distant areas along the lower Danube and in Macedonia. No comparisons are known for some local forms of jewellery, so they are introduced as new types in the specialist literature. The find also provides insights into the first appearance of iron objects: they prove a developed iron metallurgy that begins as early as the 9th and 8th centuries BC.

The researchers also hope to gain enormous insights from the molecular analysis of the prehistoric skeletons. Together with international cooperation partners, questions about kinship relationships, nutrition and mobility at the individual level will be answered on the basis of investigations of ancient DNA and with the help of isotope analyses. The answer to the question of whether people from other regions migrated to Kopilo at that time and were finally buried there will be particularly exciting.