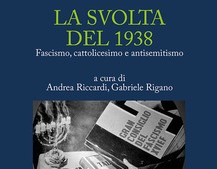 This study sheds light on the initiatives taken by the Roman Curia against racism. In particular, the key role of three Austrian scholars will be presented. With their very different perspectives and motives, they laid important theoretical foundations for the Roman Curia’s internal race debate. Bishop Alois Hudal (1885–1963) developed a Catholic racial theory to condemn Nazi ideology. Between 1934 and 1936, he was instrumental in the indexing of four National Socialist works by the Holy Office. Independently of Hudal’s initiative, Ignaz Zollschan (1877–1948), an Austrian physician and Zionist, submitted a so-called “race inquiry” to the State Secretariat in April 1934 with the intention to refute Nazi racial doctrine. Finally, the ethnologist Father Wilhelm Schmidt (1868–1954) created a study on behalf of the Congregation for the Doctrine of the Faith in October 1936, which served as a new evolutionary theory, taking into account the recent prehistoric and ethnological research. In 2013, a series of fascicles found in the Vatican Archives of Extraordinary Ecclesiastical Affairs proved that Pius XI used Schmidt’s study for the planned but never published encyclical against racism in June 1938.