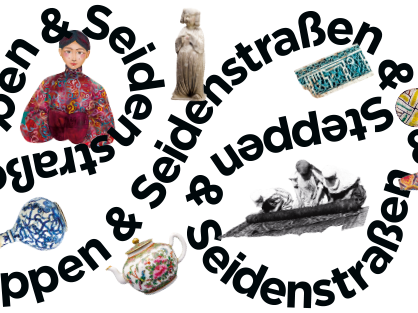 The exhibition titled “Steppen & Seidenstrassen”( Steppe and Silk Roads) (https://markk-hamburg.de/veranstaltungen/meet-markk-3/) of the project Dispersed and Connected: Artistic Fragments along the Steppe and Silk Roads (https://dispersedandconnected.net) will be displayed from December 5, 2020 – June 27, 2021 at MARKK Museum am Rothenbaum in Hamburg, Germany.

Abstract: The paper explores the flows of artefacts between public and private settings in alternative political and social relations in Mongolia. It investigates sacred places such as Buddhist temples and monasteries as well as museums (which were former temples) and examines movements of objects such as Buddhist figures, sacred books and ethnographic objects. The ‘artefact transfers’ not only relate to massive movements such as the displacement of sacred objects or deities (burkhan), their transformation into museum objects and the concealing of items underground, but the phrase also implies changes in perception, value and attitudes towards artefacts. Material culture also needed to be fitted into another order due to the process of ‘modernisation’ and societal transformation in Mongolia. Objects that suddenly appeared ambivalent had to be dealt with in order to conform to new or changing ideologies. Following the ‘biographies’ and ‘efficacy’ of artefacts, the authors argue that, through various cultural and economic exchanges in translocal networks, changes of perception and value activate artefact transfers.