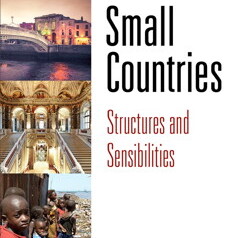 In terms of population size, some two thirds of the countries of the world can now be considered small countries, and they can be found in all world regions except North America and East Asia. They exhibit great diversity with regard to culture, history, and institutional arrangements, so there can be no model of any “typical” small country. Yet the essays collected in Small Countries identify a range of family resemblances in such areas as internal connectivity and sensibilities of identity. Contributors describe a number of similar problems with which small countries must cope, on domestic levels as well as in their transnational and global encounters. For some small countries, challenges such as media organization and branding have a negative impact on real or perceived vulnerability, while for others, the same challenges facilitate success stories.

Comparative case studies cover a diverse set of regions, including the Caribbean, Middle East, Africa, and Europe, and employ diverse anthropological approaches. Tacit assumptions about scale, identities, and networks in everyday social life are best revealed through close, interpretive effort. At times a sense of shared belonging comes to the fore with particular events, such as a national crisis or an unexpected success in international sports, offering scope for situational analyses. In showing how small countries confront globalization, Small Countries reveals how the sense of scale intensifies when the world as a whole shrinks.